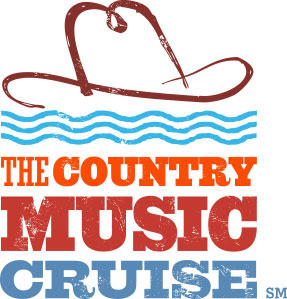 Where can you hear entertainers who have amassed an astounding 259 Top 10 singles – 112 of which hit #1 – sold millions of albums and have mantles full of ACM, CMA and GRAMMY Awards? On The 2019 Country Music Cruise of course. The superstar-studded party on the sea is set to sailJanuary 27 – February 3, 2019 aboard Holland America’s stunning Signature class ship the Nieuw Amsterdam. TV star, author and one of the world’s most well known comedians, Jeff Foxworthy, is set to headline the 2019 cruise. “Country music and laughter go together like grits and butter,” said Foxworthy. “I am really looking forward to hanging with my Nashville friends!”

The Country Music Cruise has sold out each of its first five years, and 2019 is nearly 70% sold out. Guests are encouraged to make reservations soon to ensure the best choice in cabins by visiting www.countrymusiccruise.com or calling toll-free 866-476-2879.

Country Music Cruise guests have unprecedented opportunities to meet and mingle with the stars aboard what has been called the ultimate country music party. In addition to more than 50 live performances, cruisers can mix and mingle with their favorite artists at theme nights, panel discussions, cooking demonstrations, jam sessions, meet and greets, autograph sessions and more. The non-stop entertainment extends to excursions and performances in exotic ports of call.

“The country music community has completely embraced this cruise and helped curate it in every sense,” says StarVista LIVE Senior Vice President Mike Jason. “The guests have an incredible passion for this music, and their ideas and suggestions have helped us craft a great music experience year after year.”

The 2019 Country Music Cruise will depart from Fort Lauderdale, Florida January 27, 2019 and journey to Key West and the beautiful waters of St. Thomas and Half Moon Cay, Bahamas before returning to Fort Lauderdale on February 3.

The Country Music Cruise has sold out every year since its launch in 2014. Fans quickly embraced the experience – a combination of the very best in Country Music and the vacation of a lifetime – with more than 50 live performances by the biggest names in Country Music. Fares include mainstage concerts, daily activities, gourmet meals and so much more. To book a cabin, call toll-free 866-476-2879 or visitwww.countrymusiccruise.com.

StarVista LIVE creates unique entertainment experiences that bring fans together to relive their favorite moments, create new memories, and enjoy unparalleled access to the superstars they love. StarVista LIVE cruise events include the Malt Shop Memories Cruise, the Soul Train Cruise, The Country Music Cruise, The Flower Power Cruise, the ‘70s Rock and Romance Cruise, The Southern Rock Cruise  and the Ultimate Disco Cruise. StarVista LIVE is a division of Direct Holdings Global. Direct Holdings Global is a leading multi-channel marketer with a broad portfolio of products and services, most notably associated with the success of the StarVista / Time Life brand, delivered with a commitment to excellence and integrity. Additional information about StarVista LIVE can be found at:
www.StarVistaLIVE.com
Southern Rock Cruise Info!
Nashville.com: The Complete Guide to Nashville, TN!