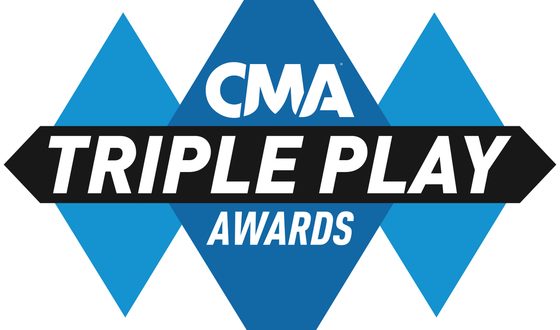 The Country Music Association has revealed the recipients of the 10th annual CMA Triple Play Awards, an honor presented to songwriters who pen three No. 1 songs within a 12-month period based on the Country Aircheck, Billboard Country Airplay and Billboard Hot Country Songs charts.

Galyon will host a very special CMA Songwriters Series Presented by U.S. Bank performance, taking place Tuesday, Feb. 19 at Marathon Music Works in Nashville at 7:00 PM (doors 6:00 PM) and also featuring Combs, Gorley, Kear, McGill and Osborne. Tickets range in price from $30 – 50 and are on sale now at CMAsongwritersseries.com. In celebration of the Triple Play Awards, $3 of each ticket sold will benefit the CMA Foundation, CMA’s philanthropic arm, which is committed to improving and sustaining high quality music education programs across the country.

The CMA Songwriters Series presented by U.S. Bank performance will follow a private industry-only luncheon where recipients will be awarded their trophies on Feb. 19, hosted by Troy Tomlinson, CMA Board member and Sony/ATV Music Publishing President and CEO.

The 10th annual CMA Triple Play Awards recipients are being recognized for the following:

Luke Combs
“Hurricane”
“When It Rains It Pours”
“One Number Away”

Shane McAnally
“Written in the Sand,” recorded by Old Dominion
“Marry Me,” written by Thomas Rhett
“Get Along,” recorded by Kenny Chesney

Music editor for Nashville.com. Jerry Holthouse is a content writer, songwriter and a graphic designer. He owns and runs Holthouse Creative, a full service creative agency. He is an avid outdoorsman and a lover of everything music. You can contact him at JerryHolthouse@Nashville.com
Previous Grand Ole Opry to Celebrate Del McCoury’s 80th Birthday
Next Ronnie Milsap Plays To Packed Ryman And Standing Ovations