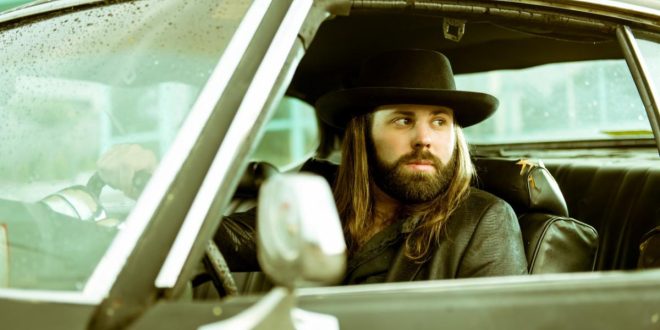 CJ Solar announced August 5, 2022 as the release date for his first full-length album, The Future’s Neon, on Raining Bacon Records. Produced by CJ with Nick Gibbens, the nine-song collection includes the current radio hit, “All I Can Think About Lately.”

“After releasing three EPs, I’m so excited for my first full-length album,” said CJ of The Future’s Neon. “Most of these songs were written during 2020, but a few have been favorites that were on hold in the past and slipped through cracks, so I’m glad to give them a voice. The project feels like a mixture of all of my influences, and I’m really proud of the whole thing!”

Three tracks have been released to streaming services: “The Future’s Neon,” “Hungover Enough,” and “All I Can Think About Lately.”

The single is currently at #26 on the MusicRow chart, #2 on the CDX TRACtion True Indie Chart, and #43 on the Billboard Indicator chart.

CJ will perform a special album release concert at Nashville’s popular 3rd & Lindsley venue on Tuesday, August 2. Doors will open at 6 p.m., a special guest will perform at 7:30 p.m., and CJ will hit the stage at 8:30 p.m.

Music editor for Nashville.com. Jerry Holthouse is a content writer, songwriter and a graphic designer. He owns and runs Holthouse Creative, a full service creative agency. He is an avid outdoorsman and a lover of everything music. You can contact him at JerryHolthouse@Nashville.com
Previous Dailey & Vincent Go Country
Next Reba Is Coming To Bridgestone For Fall Tour