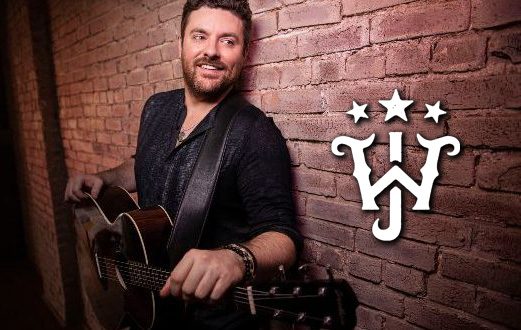 How many chances do you get to see Chris Young for free? That’s right I said free! Whiskey Jam Brings us great talent and music all year but this is a big one. Murfreesboro native and multi-platinum superstar  Chris Young will perform along with special guest Cassadee Pope plus Payton Smith, Liv Charette, Alexis Wilkins, Nolan Sotillo and  Essex County on Monday, October 28.

In January 2011, Whiskey Jam started a Monday night event in the  Midtown Nashville area.  Built on the idea of “Good music, good friends, good party,” what began as an underground writer’s night, quickly became a musical & social mainstay of the local music scene.

The first few months saw guest artists like OneRepublic, Kip Moore, Brett Eldredge, David Nail, Chris Young, Dustin Lynch and The Fray.  The laid back atmosphere was cool enough for locals, yet accessible enough for visitors.  Music Row A-Listers enjoying beers and music alongside the aspiring stars of tomorrow.  In that regard, it was a rare combination and an instant hit.

Over the past 8 years, Whiskey Jam has grown to have a huge following of artists,  friends and fans, all drawn in by their honest attachment to the freshness and spark of the event.  From Music Row publishing companies hosting “takeover” nights to showcase their team of talent, to Music Row record labels testing their latest artist’s mettle on the seasoned crowd, you’re always in for a great time.  Of course, there’s always the occasional pop-in by one of Nashville’s (or LA’s or NYC’s) top writers or artists.  The cherished Nashville idea of “you never know who you’re gonna see” is alive and well here.

This is a free concert so get there early. Doors at 6pm and sets starting at 7pm. Parking lot @ Losers Bar & Grill  1911 Division St  Nashville, Tennessee 37203.

Music editor for Nashville.com. Jerry Holthouse is a content writer, songwriter and a graphic designer. He owns and runs Holthouse Creative, a full service creative agency. He is an avid outdoorsman and a lover of everything music. You can contact him at JerryHolthouse@Nashville.com
Previous Cody Jinks’ “After The Fire” Debuts at No. 1
Next Garth Brooks Inducts Steve Wariner Into The Musicians Hall of Fame