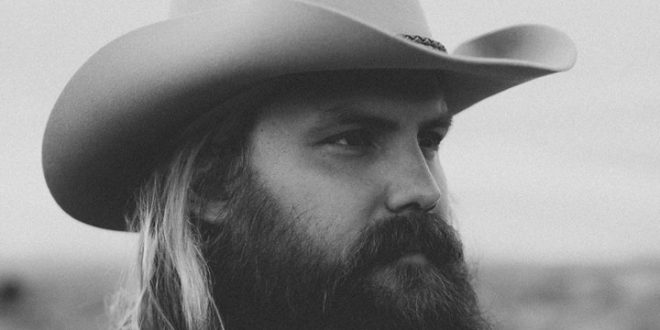 Chris Stapleton’s “All-American Road Show” will return to the stage this summer and fall with an extensive new run of shows including a stop at Nashville’s Bridgestone Arena on October 2 and 3. Additionally, on August 29, Stapleton will make his headline debut at Chicago’s famed Wrigley Field with special guests The Highwomen, Jason Isbell and the 400 Unit and The Dirty Knobs with Mike Campbell. Additional guests along the tour include (in alphabetical order) Dwight Yoakam, Elle King, Hank Williams Jr., Kendell Marvel, Margo Price, Nikki Lane, Sheryl Crow, The Marcus King Band and Yola.

Other tour highlights this year include the first event at Texas Rangers’ Globe Life Field on March 14 as well as “A Concert for Kentucky”—a special performance benefitting his newly created Outlaw State of Kind Hometown Fund to be held at University of Kentucky’s Kroger Field on April 25, 2020. Presented by Live Nation, the performance is the first concert ever held at UK’s Kroger Field and will feature very special guests Willie Nelson & Family, Sheryl Crow and Yola. 100% of the concert’s net proceeds will go toward Chris and Morgane Stapleton’s Outlaw State of Kind Hometown Fund. Established in partnership with the Blue Grass Community Foundation, the fund will specifically support local and national organizations directly impacting Kentucky, with initial grant distributions focusing on music and arts education.

Moreover, on June 26, Stapleton will be the subject of a new exhibit at the Country Music Hall of Fame and Museum. The exhibition follows a series of landmark years for Stapleton, following the release of his breakthrough debut album Traveller, which was recently selected as the #1 country album of the decade by Billboard, as well as his acclaimed follow ups: 2017’s From A Room: Volume 1 and From A Room: Volume 2.

Music editor for Nashville.com. Jerry Holthouse is a content writer, songwriter and a graphic designer. He owns and runs Holthouse Creative, a full service creative agency. He is an avid outdoorsman and a lover of everything music. You can contact him at JerryHolthouse@Nashville.com
Previous Lilly Hiatt Set To Drop “Walking Proof”
Next Rascal Flatts Planning to Disband After Life is a Highway Tour