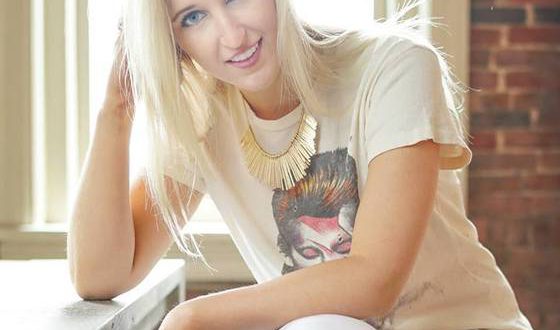 Nashville based singer/songwriter and California native, Lockwood Barr, appeared on CBS Sunday Morning on January 7, 2018 to continue to advocate for a subject that has been a passion of hers for a decade. During Barr’s interview with CBS’s John Blackstone, she tells the story of how her childhood friend ended her life by jumping off the Golden Gate Bridge just months before their high school graduation. For years, Lockwood and numerous others have petitioned for a preventative suicide barrier along the iconic bridge. This spring their hard work paid off, plans for a $200 million suicide barrier were approved and are due for completion in 2021.
You can view the full interview here,www.cbsnews.com.
“This month marks 10 years since 17-year old Casey Brooks ended her life by jumping off the Golden Gate Bridge and Spring 2017 marked the beginning of construction on a suicide barrier for the bridge. I wonder who Casey would be today,” says Lockwood. “Life is precious. You are important. We CAN and we ARE building a safer and more loving world.”
About Lockwood Barr
From the moment she steps into the spotlight and begins picking her banjo – her dad’s 1972 Gibson Mastertone to be exact – it’s undeniable that being on stage is where Lockwood Barr feels most at home. Selected as an emerging artist by the Country Music Association in both 2016 and 2017, this Tiburon, CA native songwriter and Vanderbilt graduate was also awarded an Independent Country Music Association award as banjo player and vocalist for the Nashvegas Ramblers. Barr released her most recent project, Signs Along the Road, last summer, which was produced by Matt Odmark of the Grammy Award-winning band Jars of Clay. “She has the goods…” writes Music Row Magazine. “Extremely promising.” For more information, visit www.LockwoodBarr.com