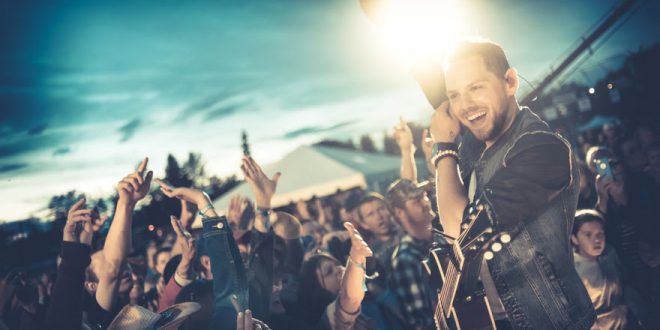 Canadian Country Artist, Brett Kissel, Garners Stateside Attention with “We Were That Song”

Multi award-winning Canadian country music artist and CCMA Awards’ reigning Male Artist of the Year, Brett Kissel is garnering stateside popularity with the release of his current single, “We Were That Song,” which is now airing on SiriusXM’s, The Highway(Ch. 56) and placed on Spotify playlists, including “PlayStation Music,” “New Boots,” “The Sound of Canada” and “Ride and Play.” The video for the single is gaining exposure on GAC and The Country Network. View the video here.
During the short time in which the track has received airplay, the song has experienced strong streaming numbers and sales through digital retailers. Pre-Order the Album Here
Signed to Warner Music Canada, Kissel is one of the top touring acts on the Canadian Country music scene. Most recently, the young entertainer opened for Garth Brooks on 16 dates and he is getting ready to head out on a 3-month, 50+ dates, Canadian headlining tour beginning in January (tour dateshere). As a thank you to the US-based fans that have been supporting him, Kissel will play a CD release concert at the Basement in Nashville on Dec. 14th. The show is open to the public (no cover) and entry will be based on a first-come, first-serve basis.
Brett Kissel is the youngest artist ever to be nominated for a CCMA Award and has won 10 CCMAs to date, including Fans’ Choice Entertainer and Male Artist of the Year. Kissel was the first Country artistin 17 years to win a Juno Award (equivalent to a GRAMMY) for “Breakthrough Artist of the Year” (since Shania Twain).  He has had 10 singles on Billboard’s Canadian Top 10 list (most of which he either wrote or co-wrote). In 2016, he was the recipient of the Allan Slaight Honor from Canada’s Walk of Fame (previously presented to Drake, Shawn Mendes and The Weeknd), and was recognized as theInternational Artist of the Year at the Worldwide Radio Summit (an honor previously bestowed upon Ed Sheeran and Adele).
On Dec. 8, Kissel will release his next studio album, We Were That Song. The album includes collaborations with Megadeath’s, Dave Mustaine, on the tack “Damn!,” and a duet with country music icon, Charley Pride, on the track “Burgers and Fries.” The album’s title track, “We Were That Song,” is Kissel’s tenth single to reach the top 10 at Canadian country radio.
Kissel teamed up with Grammy-Award winning producer, Luke Wooten, who has also produced forBrad Paisley, Dierks Bentley, Chris Stapleton and long-time collaborator and CCMA Award Winner,Bart McKay as well as his bandmates – Justin Kudding, Spencer Cheyne, and Matty McKay. Kissel is co-managed by Invictus Entertainment and Major Bob.
For more information on Brett Kissel visit http://www.brettkissel.com and follow him on Facebook,Twitter and Instagram.
We Were That Song track list:
1 – “We Were That Song” (Melissa Peirce, Jonathan Singleton, Barry Dean)
2 – “Anthem” (Phil Barton, Emma-Lee, Karen Kosowski)
3 – “Guitars And Gasoline” (Matthew Joseph Rogers, Ash Bowers, Dustin Lynch)
4 – “Nights In The Sun” (feat. Grandpa Bear) (Brett Kissel, Phil O’Donnel, Ted Hewitt)
5 – “Between You And Me” (Dave Pittenger, Justin Wilson, Andy Albert, Mitchell Tenpenny)
6 – “That’s How The World Ends” (Justin Wilson, Jimmy Robbins)
7 – “Slow Me Down” (Josh Thompson, Matt Dragstrem, Jessi Alexander)
8 – “Cecilia” (Brett Kissel, Brad Rempel, Seth Mosley)
9 – “Shootin’ It” (Brett Kissel, Devin Dawson, Austin Smith, Jacod Durrett)
10 – “Damn!” (feat. Dave Mustaine) (Brett Kissel, Brian Maher, Justin Wilson)
11 – “Drink Cuss or Fish”  (Cory Crowder, John Pierce, Justin Lantz)
12 – “God Made Daughters” (Brett Kissel, Brice Long)
13 – “Burgers and Fries” (feat. Charley Pride) (Ben Peters)