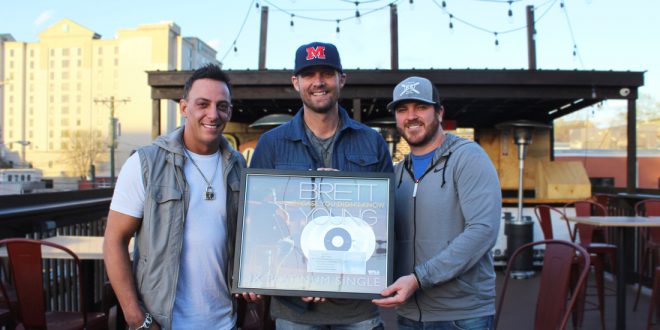 “Triple platinum. That’s not real,” Young joked. “I’m so thankful to my cowriters, fans and Country radio for making this song what it is!”

“In Case You Didn’t Know” is one of three back-to-back No. One hits from Young’s debut album, with his latest single “Mercy” rapidly climbing the charts. Amidst the momentum, Young has been nominated for an ACM Award for New Male Vocalist of the Year and is the only nominee in his category with a 3X Platinum song.

Music editor for Nashville.com. Jerry Holthouse is a content writer, songwriter and a graphic designer. He owns and runs Holthouse Creative, a full service creative agency. He is an avid outdoorsman and a lover of everything music. You can contact him at JerryHolthouse@Nashville.com
Previous Chris Young Celebrates 10 Number One Singles
Next Alabama Announces 2018 “THE HITS TOUR”