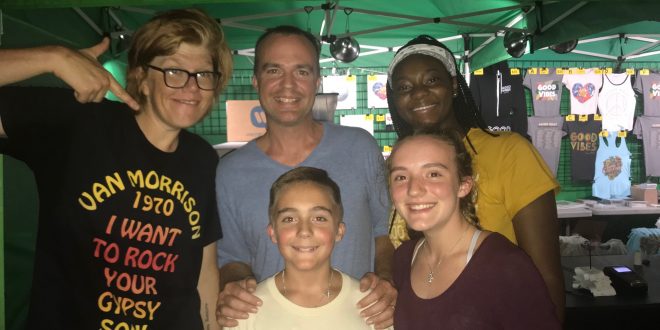 It was a steamy summer night last night but the heat didn’t stop singer/songwriter Brett Dennen from putting on a great show.  Dennen opened up for Jason Mraz at the Ascend Amphitheater on his “Good Vibes” tour.
Although he’s been around for a long time, Dennen say he’s learned something from the artists he tours with, “Do what you love to do and make it unique.” And unique he is. The California native played an energetic set with a few old songs and a few new songs ending the set with fan favorite, “Already Gone.” Dennen is a man of few words on the stage and saves it all for the songs. But he did make a few fans night when he wandered over to the merch table to chat after the show.

Music editor for Nashville.com. Jerry Holthouse is a content writer, songwriter and a graphic designer. He owns and runs Holthouse Creative, a full service creative agency. He is an avid outdoorsman and a lover of everything music. You can contact him at JerryHolthouse@Nashville.com
Previous Runaway June’s Debut EP To Drop On Sept. 7
Next Three Huge Milestones At The Grand Ole Opry Tonight