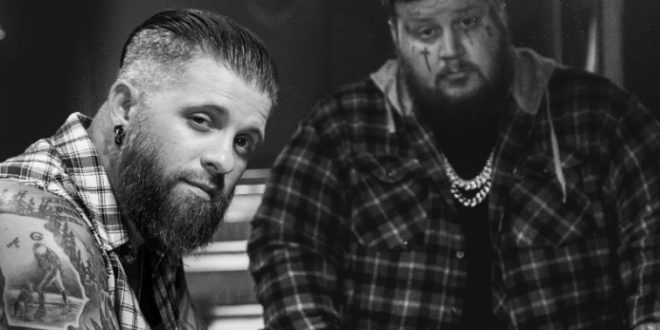 Gearing up to hit the road together, country rocker Brantley Gilbert releases “Son Of The Dirty South” featuring Jelly Roll via The Valory Music Co., readying fans for the Son of The Dirty South Tour kicking off next Thursday, June 30 in Jacksonville, Fla. Listen to the song above. GET TICKETS HERE.

“I had a blast working on this one with Jelly,” shares Gilbert. “We’ve been itching to write together for a while now, and we had a lot of fun putting it together. You don’t always get to record a song with your co-writers, so to hop in the studio with him too was a real treat.”

“Brantley is already one of my favorite artists, and we got to write this song together and release it to the fans ahead of our tour starting,” adds Jelly Roll. “I really can’t wait to get out on that stage with Brantley and perform it live this summer. Get ready.”

Marking their first collaboration, the pair co-wrote “Son Of The Dirty South” with Andrew Baylis, offering a look into their southern upbringing and brandishing their appreciation for all things unruly, rowdy and loud, culminating into a good time:

“Son Of The Dirty South” follows “Rolex® On A Redneck,” Gilberts collaboration with longtime friend Jason Aldean, having toured together and swapped songs throughout their careers. Penned while on a writer’s retreat in Texas, Gilbert has been preparing more new music to be delivered later this year.

With the release of 2021’s Ballads of the Broken, genre-bending artist/songwriter Jelly Roll saw his career soar to new heights with the RIAA Gold-certification of his hit single, “Save Me” and more than 1 Billion collective streams of his catalogue. The Nashville native recently celebrated his first No. 1 single – the multi-week chart-topping “Dead Man Walking” – and with his single “Son of a Sinner” nearing the Top 20 on the Billboard Country Airplay chart, Jelly becomes the first artist to top the Active Rock charts while having a Top 30 single at Country Radio with his first song chart debut on each (Billboard).

Music editor for Nashville.com. Jerry Holthouse is a content writer, songwriter and a graphic designer. He owns and runs Holthouse Creative, a full service creative agency. He is an avid outdoorsman and a lover of everything music. You can contact him at JerryHolthouse@Nashville.com
Previous Brett Young Hits 8X Platinum
Next Would You Like To Stay On Dolly Parton’s Tour Bus?