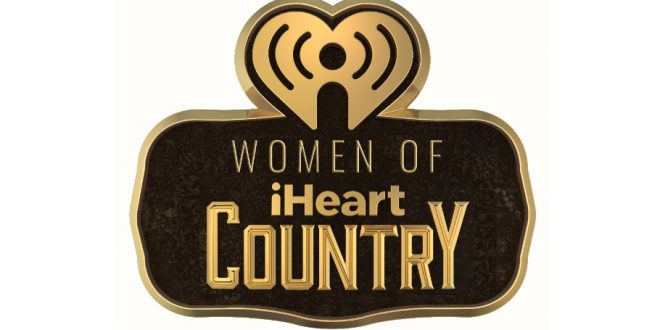 This Labor Day weekend, Bobby Bones and iHeartMedia will launch “Women of iHeartCountry,” an hour-long, weekend program devoted exclusively to female artists. Executive produced and hosted by Bones, along with co-host Amy Brown, the show will feature music from both established female artists and promising up-and-comers, with weekly guest appearances by other iHeartMedia female on-air personalities. Listeners can tune-in to the show on 125 iHeartCountry stations nation-wide beginning Saturday (check local listings), as well as on the iHeartRadio app. Bones continues to champion new and established artists alike, and will reveal details about the inaugural show with special guest Danielle Bradbery on Instagram.

“This weekend show is another example of iHeartCountry stations and program directors providing platforms that support female artists and voices,” said Rod Phillips, SVP of Programming, iHeartCountry. “Women of iHeartCountry is an extension of efforts like our On The Verge program where we have shined a spotlight on artists such as Cam, Carly Pearce, Maren Morris and Lauren Alaina as future stars in the Country format.”

“Like the trailblazer and best kind of rule breaker he is, Bones is taking a conversation and concern that we’ve all been having for years about needing more female voices and perspectives and heart on the radio, and making a change to fix it,” said Kelsea Ballerini. “One of the things I admire most about Bobby is the way he champions artists he believes in..male, female, duo, or group…and this is another bold way of him being a cheerleader and voice for the artists he fights for.”

“Bobby has changed our format for the better in so many ways,” added Lauren Alaina. “He has been a champion for so many people who really need someone in their corner. I am so thankful to be one of those people. I am so excited for his ‘Women of iHeartCountry’ show. There are so many amazingly talented women in our format that are going to be able to shine their light a little brighter because he believes in them. I am so proud to be a part of his new show, and I’m even more proud to be his friend. He’s a really special guy.”

“Bobby Bones is a superhero for launching a dedicated station featuring all women,” shared Deana Carter. “Wow!! What an amazing testimony and gesture of respect and chivalry. So, by definition….Bobby, you are a gallant warrior and gentleman.”

“Bobby has always been such a huge supporter of my music and of female artists on country radio,” premiere week special guest Danielle Bradbery noted. “He was one of the first people to play my new single ‘Goodbye Summer.’ Creating this incredible platform for female voices really speaks to his character. I’m so grateful that champions like Bobby and this iHeartMedia show exist.”

“Bobby is such an influential and so generously kind voice from Nashville,” Rachel Wammack continued. “I didn’t have to be in this town long to recognize that. I’m truly blessed to have his support as an artist, and I can’t wait to kick it with him throughout my career.”

“I’ve always really appreciated the support Bobby has shown me and other female artists,” Lee Ann Womack added. “I’m happy to see him continuing that with young, up-and-coming talent as well.”

Music editor for Nashville.com. Jerry Holthouse is a content writer, songwriter and a graphic designer. He owns and runs Holthouse Creative, a full service creative agency. He is an avid outdoorsman and a lover of everything music. You can contact him at JerryHolthouse@Nashville.com
Previous Pilgrimage Music & Cultural Festival Releases Complete Schedule
Next Luke Bryan Announces Line Up for 10th Annual Farm Tour