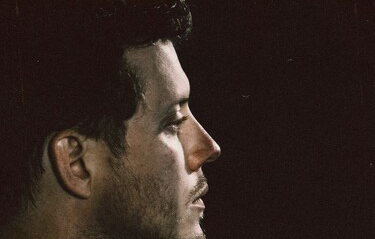 Anderson East Is Back With “Maybe We Never Die”

Anderson East’s new album, Maybe We Never Die, will be released August 20 and is now available for preorder with first single, “Madelyn,” out today. Watch the official music video above.

East’s third release for Elektra/Low Country Sound, Maybe We Never Die takes the Alabama born, Nashville-based singer-songwriter’s seductively vintage voice in a decidedly fresh direction. Collaborating once again with Grammy Award-winning producer Dave Cobb along with longtime bandleader and now co-producer Philip Towns, the 12 tracks flow together with an overarching sense of urgency but maintain distinct musical boundaries. The energy toggles between a hunger for vulnerability in togetherness and a clinging to solitude as a romantic self-defense. There is consternation with the speed and volume at which the world operates and solace to be found in the simple act of getting up and going.

Of the album, East shares, “I wanted to create something unique with this record. A piece of music, that as a whole, knew where its footing was but yet still attempted to see what was behind the curtains. I’m very proud of what it took to make and its ultimate outcome. I am very grateful to the wonderfully talented humans that lent their gifts to make it what it is.”

This is East’s first new music since 2018’s breakthrough album, Encore, which featured the Grammy-nominated #1 AAA radio single, “All On My Mind.”

Music editor for Nashville.com. Jerry Holthouse is a content writer, songwriter and a graphic designer. He owns and runs Holthouse Creative, a full service creative agency. He is an avid outdoorsman and a lover of everything music. You can contact him at JerryHolthouse@Nashville.com
Previous WATCH: Pamela Hopkins’ “Little Things” Featuring Matt Dame
Next Carrie Underwood Raises Over $112,000 For Save The Children