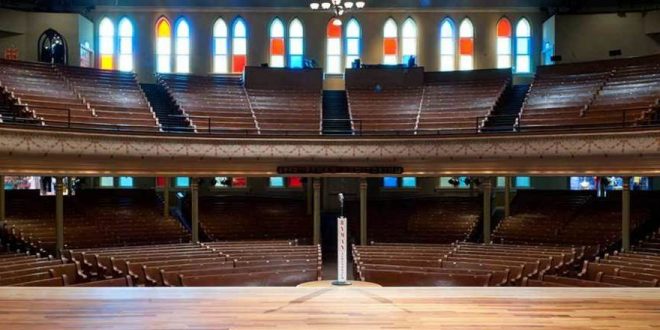 “What a night this will be,” said Jed Hilly, Executive Director of the Americana Music Association, adding, “if there was a radar that tracked creativity, this gathering of talent in Nashville would be the brightest light on the planet!”

The Americana Honors & Awards is produced by the Americana Music Association and Two Talented Cats Entertainment. Hilly and Martin Fischer are executive producers, while Grant Alden and Michelle Aquilato are producers; Michael McNamara is the show director and Alden serves as the head writer.

The ceremony is the hallmark event for the 20th annual Americanafest, held at various venues throughout Nashville this week, September 10-15.

Music editor for Nashville.com. Jerry Holthouse is a content writer, songwriter and a graphic designer. He owns and runs Holthouse Creative, a full service creative agency. He is an avid outdoorsman and a lover of everything music. You can contact him at JerryHolthouse@Nashville.com
Previous Brantley Gilbert Announces “Fire’t Up Tour‘
Next Jeannie Seely To Host Third Annual Dottie West Birthday Bash