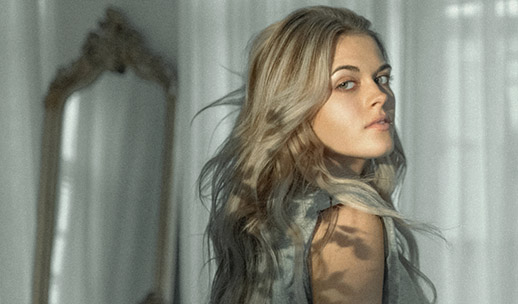 Fast-rising artist-songwriter Alana Springsteen will make her Grand Ole Opry debut on October 18, which also coincides with her 22nd birthday. Breaking the news to Springsteen via a special FaceTime call from Country music superstar Luke Bryan, watch the surprise on Instagram.

“I’ve been waiting for this moment since I was little. There are so many videos of me at nine years old, playing a guitar that was bigger than me in the house I grew up in. I’d put on shows for my parents and grandparents in Virginia, and we’d all pretend they were watching me on the Grand Ole Opry stage,” shares Springsteen. “Getting the FaceTime call from Luke [Bryan] was surreal. I was 10 years old when I saw him play ‘Rain Is A Good Thing’ at the Opry. I had just taken a tour with my parents and we got to watch the show from the pews onstage, which I thought was the coolest thing. It was one of those moments that added fuel to the fire as I realized I wanted to chase this dream. After I hung up with Luke, I called my parents and grandparents. I’m so grateful they’re going to be there to watch me play. To be fair, they’ve seen me play the Opry hundreds of times, but we won’t have to use our imaginations on October 18! Thank you to the entire Opry team for the invite, and to Luke for taking the time to make this an extra special memory for me. I GET TO PLAY THE OPRY!”

Springsteen has independently reached 71.5 MILLION career streams and amassed 8K playlist adds. Picking up the guitar at seven and writing her first song by age nine, the Virginia Beach native relocated to Nashville at 14 and landed a publishing deal almost immediately.

Springsteen will kick off 2023 as the special guest on Adam Doleac’s ‘BARSTOOL WHISKEY WONDERLAND’ TOUR.

Music editor for Nashville.com. Jerry Holthouse is a content writer, songwriter and a graphic designer. He owns and runs Holthouse Creative, a full service creative agency. He is an avid outdoorsman and a lover of everything music. You can contact him at JerryHolthouse@Nashville.com
Previous LISTEN: Larkin Poe’s “Strike Gold”
Next Lainey Wilson To Be Honored As CMT’s “Breakout Artist of the Year“