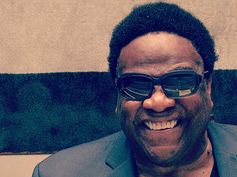 Ten time Grammy Award-winning Memphis soul singer Al Green has released his first song in a decade, as part of the new Amazon Original “Produced By” series. The “Produced By” series pairs producers with a collection of some of today’s top artists across various genres to create exclusive, new recordings for Amazon Music listeners, and to spotlight today’s community of producers working behind the scenes to develop the best in music. “Before The Next Teardrop Falls” was produced by the Grammy Award-winning, Memphis-based producer Matt Ross-Spang.

Earlier this week saw the release Amazon Original songs from GRAMMY Award-winning artists Margo Price and John Prine. Matt Ross-Spang’s “Produced By” series will conclude tomorrow with the release of an Amazon Original from Grammy Award-winning artist William Bell, and future “Produced By” installments will feature acclaimed producers and artists from a variety of genres including Latin, Indie, Country, and R&B.

“As a lifelong Memphian, I’ve always been a massive fan of Al Green and his Producer Willie Mitchell,” explains Matt Ross-Spang. “Together they created some of the most enduring soul music. Sonically speaking, Willie and Al also really invented a distinct sound that separated them from STAX or Motown. Growing up in a such a rich musical heritage I became captivated by these records and long dreamed of working with Al Green. I’ve always loved the Linda Martell version of ‘Before the Next Teardrop Falls’ and kept it back pocket as a great cover idea for him. It follows in the footsteps of Willie and Al reinterpreting country songs like ‘For the Good Times’ and ‘Funny How Time Slips Away.’ I still can’t believe we actually got to do it!”

“Before The Next Teardrop Falls” was recorded in Memphis, TN at Sam Phillips Recording Service with Ken Coomer on drums, Dave Smith on Bass, Chad Gamble on congas, Al Gamble on Wurlitzer, Davis Cousar on electric guitar, Matt Ross-Spang on acoustic guitar, and Reverend Charles Hodges on the B3 organ. The track also features Susan Marshall and Reba Russell on backing vocals and a horn section of Jim Spake, Marc Franklin, and Art Edmaiston.

“As first and foremost a music fan and now as a producer, I’ve always been drawn to artists with unique voices whose gift transcends genre and time,” said Matt Ross-Spang. “I’m excited and honored to play a role in this innovative opportunity Amazon Music is providing these extraordinary individuals. As my hero Sam Phillips said: ‘If you’re not doing something different you’re not doing anything!’”
Matt Ross-Spang began interning at Sun Studio at age 16, eventually working his way up to Chief Engineer & Operations Manager. In 2015, Ross-Spang left Sun to become an independent engineer, producer, & mixer based primarily out of the legendary 1960 time capsule studio Sam Phillips Recording Service. Recent productions by Matt include both albums by Margo Price, as well as the latest Lucero, Nicki Bluhm and Sean Rowe records. He won two GRAMMY Awards for his work on Jason Isbell’s Something More Than Free and The Nashville Sound , and has worked on several GRAMMY-Nominated Albums such as Lori McKenna’s The Bird and the Rifle , Brent Cobb’s Shine On Rainy Day and Luther Dickinson’s Blues and Ballads . He recently mixed unreleased Elvis Presley tracks for the compilation album Way Down in the Jungle Room and the Elvis documentary The Searcher. More info is available on Matt Ross-Spang’s official website. 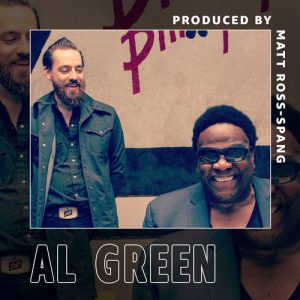 Music editor for Nashville.com. Jerry Holthouse is a content writer, songwriter and a graphic designer. He owns and runs Holthouse Creative, a full service creative agency. He is an avid outdoorsman and a lover of everything music. You can contact him at JerryHolthouse@Nashville.com
Previous Carrie Underwood Will Flip the Switch at 10th Annual “Opry Goes Pink”
Next Florida Georgia Line, Ashton Kutcher Help Award $888k at Nashville Creator Awards