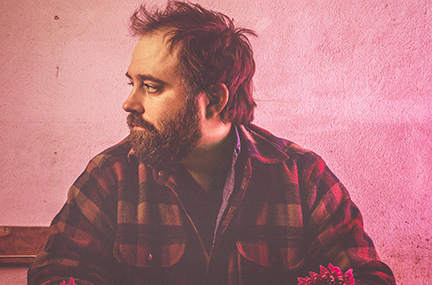 Fingerstyle singer-songwriter Zak Trojano will release Wolf Trees on August 10, nine songs that call attention to the thin rapidity of modern life. The Rusty Belle co-founder’s third album looks forward as much as it looks back and today, he debuts the title track courtesy of The Bluegrass Situation. “Wolf Trees” is a reconciliation of dreams with reality that holds the listener through the trials of finding an anchor in the world (How could I begin to tell you how/easy it would be to find a place for now/in the soft light of the almost dark/where the wolf trees howl through the park for you).

“The song came out of a conversation with a friend and fellow musician about money, fame and the American dream,” says Trojano. “The irony being that reaching a goal often puts you in the unique position to see through the thin veneer of success, i.e. by the time you’re ready to play Carnegie Hall, you’re ripe enough to know that it isn’t all that different from a good show at your local spot.”

Trojano’s complex fingerstyle technique was born out of the country blues tradition through years of immersion in the work of players as diverse as John Fahey, Chet Atkins, and Merle Travis. It was the exploration of solo performance that led to the guiding aesthetic of Wolf Trees. The songs were written as movements in a larger piece, with textures and themes resurfacing in longer arcs to bind the whole together. A wolf tree is a stoic figure – a passed over remnant of a distant, wilder world, where there was more space between things.

Wolf Trees is a move towards high definition from a songwriter whose pictorial lyrics are lauded for their cinematic imagery. All guitars were tuned to a low C modal tuning, and sent through various amplifiers to combine their acoustic and electric properties into a large, dark, and open sound. With the help of longtime friend and producer David Goodrich (Chris Smither, Jeffrey Foucault), and engineer Justin Pizzoferratto (Dinosaur Jr., Sonic Youth) they captured a record delicately balanced between the acoustic intimacy of a coffeehouse and the wild volume of a midnight rock club. The album is available for pre-order at PledgeMusic along with a number of exclusive items

In recent years, Trojano’s solo work has found the spotlight with discerning listeners everywhere. Stage by stage, in clubs, music halls, bars, and coffeehouses across the country, he has honed a live show that keeps audiences glued to the stage – like a rare conversation with an old friend who doesn’t usually say much, but plays a mean guitar. He heads out on his album release tour later this month with shows across the northeast.

Music editor for Nashville.com. Jerry Holthouse is a content writer, songwriter and a graphic designer. He owns and runs Holthouse Creative, a full service creative agency. He is an avid outdoorsman and a lover of everything music. You can contact him at JerryHolthouse@Nashville.com
Previous Check Out Kacey Musgraves’ New Video “High Horse”
Next Veteran Opry Performer Tim Atwood Takes His Turn In The Spotlight