Win It Before You Can Buy It: Mud Digger 8 Ultimate Father’s Day Prize Package!

With Father’s Day just around the corner, we thought a great way to recognize all of the dads out there is to give someone a chance to win a great dad-ly prize. Dad, daddy, papa, pops- whatever you call your father, you’ll definitely want to give a tribute to his awesomeness!

One lucky winner will be the recipient of a Mud Digger 8 CD, Denim Koozie, Hat, and other great items to help get your favorite dad the perfect gift this Father’s Day! 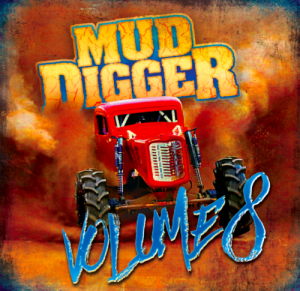 ABOUT MUD DIGGER SERIES:
With tens of millions of streams since first released in 2010, The Mud Digger series as a whole is one of AJE’s most successful with sales of more than 350,000 albums, plus each album has consistently landed in the Top 10 on the Billboard Top Country Albums chart. Music from the Mud Digger series frequently punctuates both the fans’ and driver’s playlists at the Average Joes’ Mega Truck Series of extreme motorsport racing throughout the year. Mud Digger 8 is a one-of-a-kind collectible album featuring fan favorites all in one place – some of which have never been released on CD.
Nashville Concert & Event Tickets