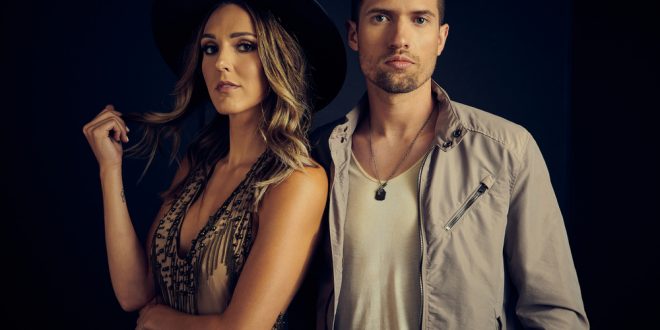 Penned by the duo’s Jennifer Fielder and Trey Smith with Trannie Anderson and Ian Christian, and produced by ACM Award-winner Derek Wells and Adam Wood, “Sunday Best” nods to the societal expectations SmithField experienced while growing up in rural Texas.

SmithField will return to the Grand Ole Opry stage on April 2, after previously making more than 30 appearances. More new music is on the horizon for the pair, with their third EP slated for release this year.

After pursuing separate musical careers at a young age, Smith and Fielder paired up to form SmithField in 2011, combining their individual influences into a unique mix of the contemporary and the classic, inspired by one of the genre’s staple traditions: the male-female duet. Crediting a tight bond stemmed in their longtime friendship, the independent duo scored major-label-sized success with songs like “Hey Whiskey” and “If It Ain’t You,” adding to their impressive 40 MILLION career streams to date and racking up heavy airplay on satellite radio. They have made 30 appearances at the Grand Ole Opry and opened shows for some of Country’s hottest acts including Brothers Osborne, Scotty McCreery and Old Dominion.

Music editor for Nashville.com. Jerry Holthouse is a content writer, songwriter and a graphic designer. He owns and runs Holthouse Creative, a full service creative agency. He is an avid outdoorsman and a lover of everything music. You can contact him at JerryHolthouse@Nashville.com
Previous Keith Urban And Mickey Guyton To Host 56TH ACM Awards
Next WATCH: Travis Tritt Reflects With “Smoke In A Bar”