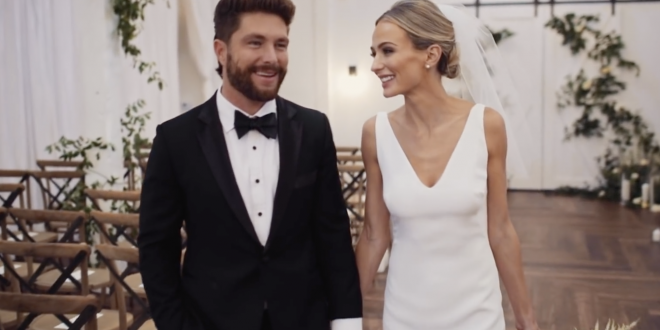 On the heels of his October 25th wedding, Chris Lane brings fans inside the day he tied the knot with Lauren Bushnell in the “Big, Big Plans” (Wedding Video) above. Directed by Justin Clough and filmed on-site at their Nashville wedding venue 14TENN, the video follows Lane and Bushnell from their “first look” through their sentimental ceremony and celebratory reception.

Music editor for Nashville.com. Jerry Holthouse is a content writer, songwriter and a graphic designer. He owns and runs Holthouse Creative, a full service creative agency. He is an avid outdoorsman and a lover of everything music. You can contact him at JerryHolthouse@Nashville.com
Previous Troy Castellano Hosts 2nd Annual Instrument Drive Supporting Instruments For Education
Next Ross Copperman Wins Third BMI Songwriter Of The Year Award