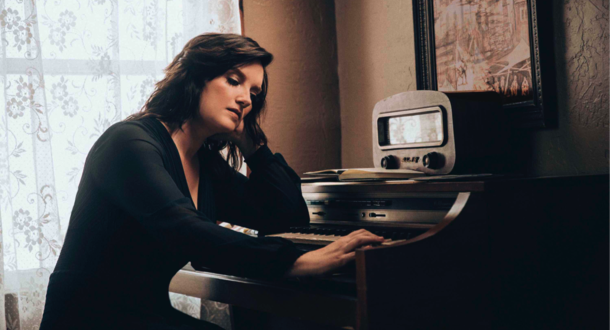 Brandy Clark is debuting her new track, “I’ll Be the Sad Song,” today. The song is the second unveiled from Clark’s new album, Your Life is a Record, which will be released March 6.

Produced by award winning producer Jay Joyce, the 11-track album was recorded largely as an intimate acoustic four-piece—featuring Clark, Joyce, Giles Reaves and Jedd Hughes—with subsequent Memphis strings and horns layered in with arrangements by Lester Snell. Created after the dissolution of a long-term relationship, the album features Clark’s most personal songwriting to date along with special guest appearances from Randy Newman (“Bigger Boat”) and guitarist John Osborne (“Bad Car”). Ahead of the release, the album’s lead single, “Who You Thought I Was,” premiered earlier this month. Of the song,

In celebration of the release, Clark will tour extensively throughout 2020 including a series of winter tour dates with Tanya Tucker on the CMT Next Women of Nashville Tour. The run features stops at Philadelphia’s World Café Live, New York’s Town Hall, Memphis’ Graceland Soundstage among many others. Additionally, beginning in March, Clark will embark on her headlining “Who You Thought I Was Tour,” which includes special album release shows at Nashville’s 3rd & Lindsley on March 29.

Every ticket purchased for the headline tour includes a choice of a CD or digital download copy of Your Life is a Record.

Music editor for Nashville.com. Jerry Holthouse is a content writer, songwriter and a graphic designer. He owns and runs Holthouse Creative, a full service creative agency. He is an avid outdoorsman and a lover of everything music. You can contact him at JerryHolthouse@Nashville.com
Previous Billy Ray Cyrus Releases “The Singin’ Hills Sessions Vol. 1 Sunset” EP
Next Lorraine Jordan & Carolina Road Are Back With “Bill Monroe’s Ol’ Mandolin”