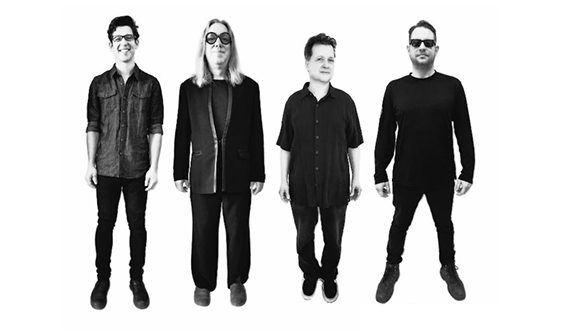 Violent Femmes have unveiled another song from their new album, Hotel Last Resort, due via [PIAS] on Friday, July 26. A rambunctious new rendition of the band’s classic “I’m Nothing” featuring pro skateboarder Stefan Janoski is available now. Listen here.

“‘I’m Nothing’ explores the modern conundrum of people needing to attach labels to other human beings,” bassist Brian Ritchie says. “We refute that in human terms and also with our music.”

A polymath athlete, artist, and musician in his own right, Janoski reached out to the band to discuss collaborating on a Violent Femmes skate shoe for his Nike SB product line. The words “I’m Nothing” in Janoski’s handwriting will be screen printed on the tongue of the shoe, while his artwork will be included on the custom sockliner. Chain stitched on the left shoe will be the word “VIOLENT” and on the right shoe, the word “FEMMES,” with a vulc tape mirror applique in Tour Yellow.

Delighted by his passion, especially for “I’m Nothing,” Violent Femmes decided to re-record the song with a few new lyrics and their new friend on guest vocals.

“We’re kind of like jazz musicians or folk musicians,” Ritchie continues. “We don’t really see the harm in revisiting a song or doing a new version. So here’s Stefan, coming from the outside and having such enthusiasm for ‘I’m Nothing,’ we thought it was a good time to revisit it and invited him to help out on the vocals. He was so enthusiastic about it, it was like he was floating on clouds while he was in the studio.”

Music editor for Nashville.com. Jerry Holthouse is a content writer, songwriter and a graphic designer. He owns and runs Holthouse Creative, a full service creative agency. He is an avid outdoorsman and a lover of everything music. You can contact him at JerryHolthouse@Nashville.com
Previous Farm Aid Announces Lineup
Next Tanya Tucker Playing Limited Select Shows This Fall Including Exit/In