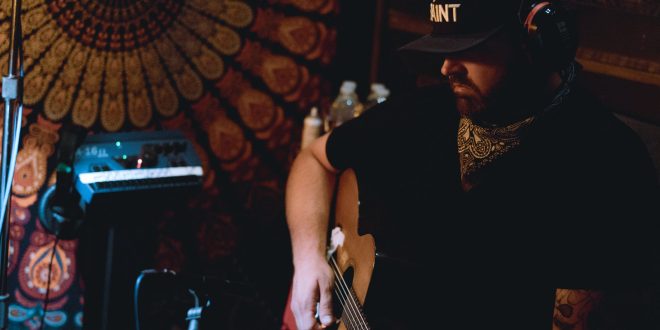 Randy Houser’s new album, Magnolia, set to release January 11th . Houser is set to perform his favorite song from the album, “No Stone Unturned” on Good Morning America on release day (1/11). Beginning Monday, January 4th Houser will be making appearances in Nashville, Los Angeles, New York City, Dallas, Houston, New York City (again) and Baltimore in support of the new album including performances on Sirius XM Play, iHeart Radio Theater and NASH FM.
This album marks a new era for Randy. Feeling impassionate, Houser opted to slow things down and set up camp in his good buddy and co-producer Gattis’ studio in East Nashville to recalibrate and rediscover his passion for creating music. He spent nearly two years fully invested in his songwriting which resulted in Magnolia and a new sound that is un-polished yet authentically Houser.
Houser’s fingerprints can be found on every inch of the project, having co-written every song on the album (and playing lead guitar on many of the songs). The album title is a nod to Houser’s roots growing up in “The Magnolia State” which was a large influence on the homegrown, organic sound showcased throughout the record—in addition to his new season of life. Despite the many changes, Randy’s thick, commanding vocals (that earned him four #1 hits, a slew of award nominations and critical acclaim), remain constant.
The album is available for pre-order now HERE. Fans can enjoy album cuts “No Stone Unturned,” “New Buzz,” “Mamma Don’t Know” and the album’s lead single and Top 40 hit “What Whiskey Does”, which debuted at Country Radio as #1 Most Added  Stream Magnolia HERE.
In conjunction with the album, Houser has also created a film of the same name which embodies the sentiment of the album’s lyrics. The film will feature several live performances by Houser himself (who also serves as executive producer for the project), including the lead single off the album, “What Whiskey Does.” See the trailer for Magnolia here. Additional details about the Mississippi-inspired film are forthcoming.
Houser has released several videos derived from the film in advance of its release, including the acoustic video for “No Good Place to Cry.” Additionally, the artist debuted the official music video for “No Stone Unturned” today. View it below.

Music editor for Nashville.com. Jerry Holthouse is a content writer, songwriter and a graphic designer. He owns and runs Holthouse Creative, a full service creative agency. He is an avid outdoorsman and a lover of everything music. You can contact him at JerryHolthouse@Nashville.com
Previous Maya de Vitry Goes Solo On “Adaptations” Jan. 25
Next Chris Young’s “Raised On Country” Hits Radio On January 28