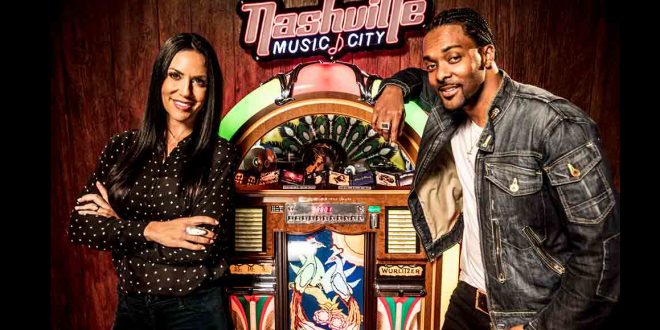 Conceived, produced, shot and edited in Nashville, the wildly entertaining show includes intimate performances by superstars such as CeeLo Green singing “Crazy,” Rick Springfield singing “Jessie’s Girl,” Don McLean and his iconic hit “American Pie” and more. In-depth interviews with the artists and songwriters reveal never-before-heard details behind those songs, the inspiration and how they became woven into the fabric of popular culture.

Eric Dahl’s “FOX 17 Rock & Review” show was on hand for several of the tapings, and his comprehensive interview with CeeLo Green talking about his career and the new television show can be viewed HERE .

The Song – Recorded Live @ TGL Farms will air in national syndication on predominantly CBS, ABC, FOX and NBC affiliates across the country including New York, Boston, Atlanta, Detroit, Dallas, San Francisco, Miami and Seattle. Gray Television will distribute the series, which is presented by Ally and powered by Nashville Music City.

Season one will include nine 30-minute fast-paced episodes hosted by Krista Marie and Damien Horne and a one-hour “Best of The Song” finale co-hosted by CeeLo Green.

Executive produced by Marc Oswald, Cary Glotzer and award-winning director Trey Fanjoy, the series was filmed at picturesque TGL Farms in Hendersonville, Tennessee. The setting provided a relaxed atmosphere for hosts Krista and Damien to dig deep into the lives and careers of the artists and songwriters. The TGL Farms stable was transformed into a studio soundstage, where the artists performed intimate versions of their hit songs and often introduced new music.

“The Song – Recorded Live at TGL Farms” pays it forward through cause-related partnerships with The Songwriters Hall of Fame and Belmont University’s Mike Curb College of Entertainment & Music Business to provide both scholarship and internship opportunities for their outstanding programs and to help develop new talent in the music, media and television arts disciplines. These partnerships will be supported by a $25,000 donation from Ally.

Music editor for Nashville.com. Jerry Holthouse is a content writer, songwriter and a graphic designer. He owns and runs Holthouse Creative, a full service creative agency. He is an avid outdoorsman and a lover of everything music. You can contact him at JerryHolthouse@Nashville.com
Previous Keyboard Virtuoso Kyle Hollingsworth Releases First Single From Solo Project
Next 3rd Annual “For Pete’s Sake” Benefit Set For January 19