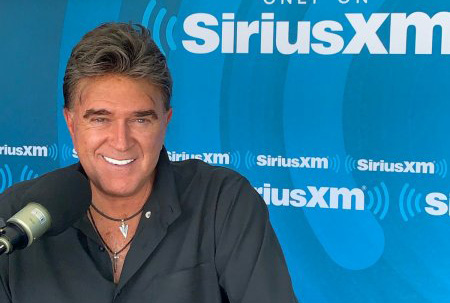 TG Sheppard has been tapped as the new on-air personality for SiriusXM’s Elvis Radio on Channel 19.
The TG Sheppard Show will air weekly on Fridays from 3:00-6:00 p.m./ET, making its SiriusXM debut on July 5. The three-hour show will feature Sheppard spinning the best of Elvis, as he revisits his personal, behind-the-scenes memories that he shared with the King of Rock-n-Roll.
Sheppard will also visit with old friends of both he and Elvis. Guests will include some of the most iconic and legendary names in music.
“I am very excited for the opportunity to join the SiriusXM team on Elvis Radio,” says Sheppard. “My record executive days with RCA and my association with Graceland through the years as well as my past friendships with my dear friend George Klein and Elvis made the decision to do a radio show on SiriusXM Elvis Radio channel 19 a natural one for me.”
Sheppard first met Elvis when he was a 16-year-old runaway, out on his own and chasing his dream of becoming an artist. The two met one night at a skating rink in Memphis, where Elvis recruited some of his friends for a game of “kill” — basically football on skates. Elvis needed another man, and Sheppard was in the right place at the right time. Who would’ve thought that once-in-a-lifetime meeting would’ve sparked a lifelong friendship that lasted until Elvis’ passing.
Years later, Sheppard was given the opportunity to work alongside his friend as head of southeast record promotion at RCA, which enabled him to travel on Elvis’ tours. Later though, Sheppard was finally given the push he needed to pave his own career path — as an artist. Elvis gifted Sheppard with his first tour bus, giving him the confidence he needed to work even harder to breakout as an artist.
An artist to his core, Sheppard has banked 21 No. 1 songs throughout his tenure in music, and the country music legend isn’t changing his ways any time soon. In-between his new on-air personality role, Sheppard will still be completing his first new country solo album in more than 20 years as well as fulfilling his already hectic touring schedule.
“Mixing radio along with my touring schedule will hopefully give me the chance to reach more people with everything that I’m doing and keep the legacies of my friends Elvis and George Klein always in the forefront,” adds Sheppard.

Music editor for Nashville.com. Jerry Holthouse is a content writer, songwriter and a graphic designer. He owns and runs Holthouse Creative, a full service creative agency. He is an avid outdoorsman and a lover of everything music. You can contact him at JerryHolthouse@Nashville.com
Previous WIN! With Lewis Brice And Waffle House
Next Watch: Tanya Tucker Release First Video From New Album