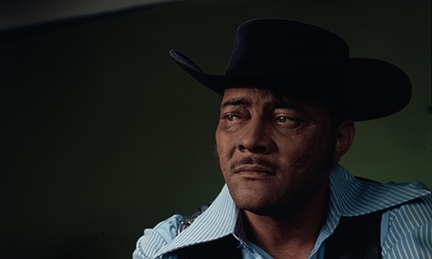 He was among the early black country music artists to find success and the first black country singer-songwriter signed to Capitol Nashville in the 1970s. Stoney Edwards’ personal story filled with the struggle, grit, courage and heart is what has long been the basis for songs that have shaped country music. With 2022 marking the 25th year since his passing, UMG Nashville/UMe concludes Black Music Month and honors Stoney Edwards with the streaming debut of all six of his acclaimed 1971-1976 Capitol Records’ albums. Down Home In The Country, A Country Singer, Stoney Edwards, She’s My Rock, Mississippi You’re On My Mind and Blackbird have been remastered from original analog tapes.

Stoney Edwards had 15 charting singles across his six Capitol Records albums and two top-20 hits “She’s My Rock” and “Mississippi You’re On My Mind.” Although his country music career began later in life, Stoney Edwards brought classic twang to his deeply personal lyrics such as “last night a two dollar toy made a million dollar daddy out of me,” the opening track and his first single, “A Two Dollar Toy,” from his debut album, A Country Singer. Also from his debut, “A Few of the Reasons” is a romantic ode with “Your love was there when everything else was gone….”

Billy Ray Cyrus, who narrated a new video about Stoney Edwards, said “I was captivated and mesmerized by this story. He opened the door for so many great talents to follow their dreams in country music.”

Music editor for Nashville.com. Jerry Holthouse is a content writer, songwriter and a graphic designer. He owns and runs Holthouse Creative, a full service creative agency. He is an avid outdoorsman and a lover of everything music. You can contact him at JerryHolthouse@Nashville.com
Previous Peter Strickland & Craig Campbell Launch Launch Marathon Talent
Next Caverns Amphitheater Celebrates Grand Opening