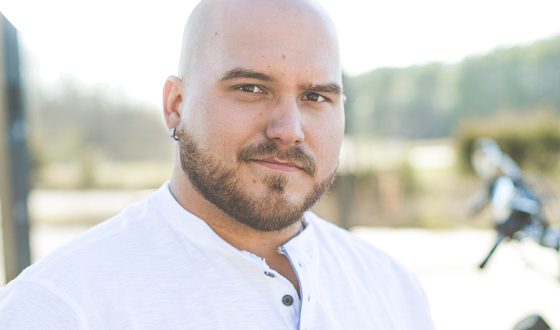 The highly anticipated third volume of the Silverado Signature Songwriter Series features Nashville based singer-songwriter, Tyler Jordan. Hailing from Belton, South Carolina, Jordan has been writing songs in Nashville since 2010. Since moving to Nashville, Jordan scored a publishing deal with Just In Case Music Publishing, and has been featured on many writer’s rounds. His songwriting spans a vast swath of topics, and his vocal stylings carry an impressive range of emotions. He is a founding member of the Carolina Movement writers group. The project will be available Friday, September 15th through all digital and streaming platforms. Online pre-orders will begin Friday, September 8th.
The series was created by Silverado Records to showcase great songwriting talent and the current style and sound of the featured songwriter.
The album was produced by multi-award winning producer Chad Carlson (Taylor Swift, Trisha Yearwood). To celebrate the album’s release, Jordan will be performing a special Silverado Records showcase at the Printer’s Alley country music bar in New York City on September 19th. The show, at the Nashville-themed venue, is Jordan’s first appearance in NYC.
“Tyler is an incredibly gifted songwriter with a unique voice and story to tell. This third installment in our Silverado Signature Songwriter Series is worth every minute spent listening to it.” – Scott Thomas, Silverado Records CEO
About Silverado Records:
Launched in 2016, Silverado Records hosts offices in Nashville and Las Vegas and has become a haven for established and rising country artists hoping to carve their own path in the music industry. Founder and CEO Scott Thomas, a serial entrepreneur and entertainment industry veteran, is also the CEO of Silverado’s parent company, Exegan Media & Entertainment, which owns or controls more than a dozen other record label catalogs. The first half of his career was rooted in the radio business, as a radio DJ, production manager, and program director before co-founding Zeo Radio Networks in Denver. Thomas moved to the record side in 2008 with the launch of Jake Records. Thomas is joined on the Silverado Records team by accomplished industry professionals with storied careers at landmark labels and organizations. A&R Director Aaron Chesling formerly served as Logistics Coordinator for Big Machine Records. Silverado’s roster boasts talented and award-winning singer/songwriters, musicians and creatives Joe Diffie, HISH, Zack Dyer, Ali Morgan, David Adam Byrnes and Tyler Jordan.
Follow the latest Silverado Records news at www.silveradorecords.com, on Twitter @SilveradoLabel and Instagram @SilveradoRecords.
ShareTweet