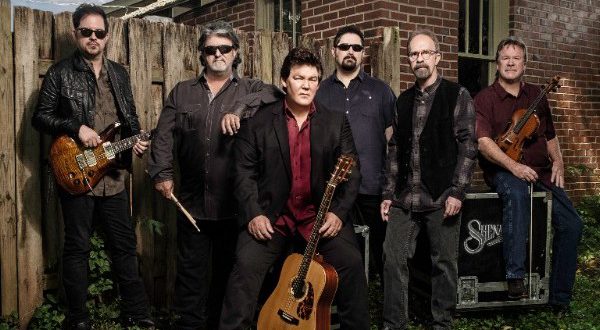 Grammy, CMA and ACM-winning group Shenandoah are marking another milestone in their 30-year career with their highest Billboard album debut as RELOADED lands in the Top 20 on Billboard’s Country Album Sales Chart along with Top 30 for Independent Album Sales (All Genres)! In addition to the Billboard Chart, RELOADED also debuted Top 15 on the iTunes Top Country Albums.

“There have been several firsts as of late, and even some things I never thought we would experience. Some could say that’s to be expected when you work hard at what you believe in,” says frontman Marty Raybon. “I came back to Shenandoah because I believed we still had music left in us and a genuine love to do it. We’ve been smart enough to surround ourselves with great people who have worked hard and believed in our vision. Helen Keller said it best. When asked what would be worst than being born blind, she replied, ‘to have sight with no vision.’ ”

Surrounded by a slate of all-star special guests, Shenandoah celebrated the release of RELOADED with an album release party at City Winery in Nashville March 20 with special performances by Alison Krauss, Michael Ray, Tim Menzie, Red Marlow and Lauren Duski.

Music editor for Nashville.com. Jerry Holthouse is a content writer, songwriter and a graphic designer. He owns and runs Holthouse Creative, a full service creative agency. He is an avid outdoorsman and a lover of everything music. You can contact him at JerryHolthouse@Nashville.com
Previous Kenny Chesney On Get Along
Next Carrie Underwood To Release First Album On Capitol Records September 14