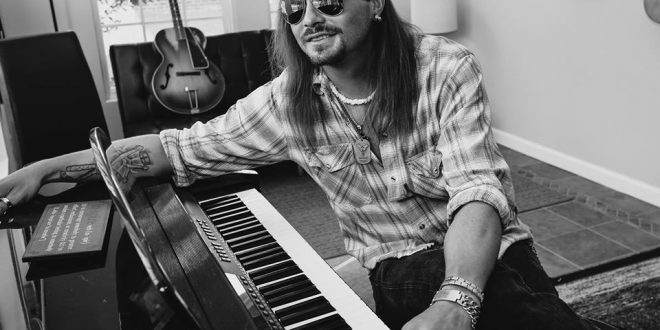 Carrigan Chet Shields, accomplished piano player and member of the Scooter Brown Band, died on December 30, 2019. Born on October 22, 1989 in Pocatello, Idaho to Clint and Brenda Shields, Carrigan grew up in a musical family, picking up the talent immediately. He excelled in a variety of instruments including drums, but found his passion sitting at a piano. His final performance on December 28 was on the Grand Ole Opry at the legendary Ryman Auditorium in Nashville.

Carrigan will forever be remembered by his mother, Brenda Shields, his brother Chad Shields and sisters Crystal Shields and Chasta Egan as well as his bandmates Scott “Scooter” Brown, Matt Bledsoe, Steven Sutherland and Brian Sowell, former bandmate Nathan Lockhart and the teams at 117 Entertainment, APA and David Corlew & Associates. He was predeceased by his father, Clint Shields.

Carrigan found a friend in everyone he met, he loved to joke around, make people laugh and always had a smile on his face. He enjoyed watching movies and spending time with friends and family. He loved his big baby Kiley, his dog that was like his child. He loved being out on the road with the Scooter Brown Band, and playing on stage with them, they were a second family to him. He always looked forward to getting back out on the road to play. Carrigan counted the Scooter Brown Band’s Grand Ole Opry debut in July as one of his biggest accomplishments. For 30 short years of life, he indeed left a big mark on his friends, family and fans.

A private service will be held on January 12 in Nashville. Donations to a GoFundMe setup for funeral expenses and to support his family in their time of need may be made here.

A joint statement from the Scooter Brown Band reads: “Carrigan was and always will be our brother and one of the greatest cats to pound those keys. Not only was he a great talent, he was also one of the most kind-hearted human beings. We’ve had some great times together over the years – his last performance was, fittingly, at the Mother Church of Country Music, the Ryman Auditorium on the Grand Ole Opry. The last song he played was ‘American Son’ and he truly is an American Son. Our condolences to his family and all of his friends and fans who have loved him.”

Music editor for Nashville.com. Jerry Holthouse is a content writer, songwriter and a graphic designer. He owns and runs Holthouse Creative, a full service creative agency. He is an avid outdoorsman and a lover of everything music. You can contact him at JerryHolthouse@Nashville.com
Previous Dustin Lynch Scores Seventh #1 With “Ridin’ Roads”
Next CMA Reveals Triple Play Award Recipients