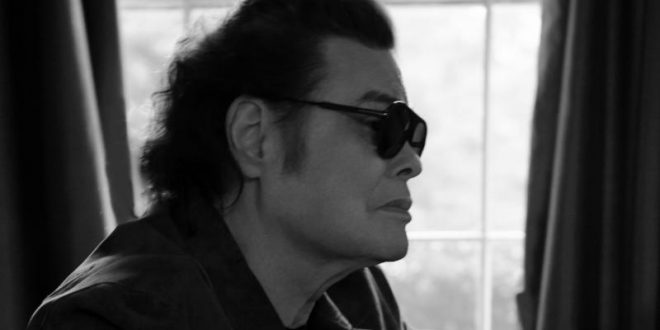 Ronnie Milsap To Hit The Road On 76 for 76 Tour

For an artist who started out playing DC’s iconic Howard Theater and Atlanta’s legendary Peacock, as well as getting his big break at Hollywood’s famed Whiskey A Go Go, the only way to kick off one’s 76th trip around the sun is to take it on the road. So Country Music Hall of Famer Ronnie Milsap will do just that.

Kicking off with a birthday show at Nashville’s Ryman Auditorium, the man with 40 #1s is set to take his music across America in what will be a tour de force. Moving through the heartland, the south, the coasts and even the seas, the man whose shared stages with Ray Charles, Stevie Wonder, Willie Nelson and Kenny Rogers expands the next wave celebration of his music that took root with the recording of Jan. 17’s the Duets

“My whole life, I’ve been a music man,” says the 6-time Grammy winner who made his bones as an r&b singer who later infused his soulful sense of melody into modern country. “I am never happier than when I’m playing music, and I am the happiest when I’m playing music with – or for – people who love the songs as much I do.”

To that end, look for any number of his celebrated Duets partners to turn up at the Ryman for a piece of cake and a song. No details are being given, but everyone knows the Milsaps know how to throw a party!

“I promised my friends I was gonna keep it a secret,” says the man no less than Elvis Presley commanded “More thunder on the keys, Milsap!” of his upcoming Ryman show. “And if there’s one thing I do, it’s keep a secret. But I can tell you every single person who came in and sang on these songs tickled me with how much they loved the music.

“When you have a singer’s singer like Kacey Musgraves inside ‘There’s No Getting Over Me,’ or Luke Bryan bringing his whole heart to ‘Stranger in My House,’ let alone a good friend like Willie doing a brand new Mike Reid song or Dolly asking if she can write a verse to ‘Smoky Mountain Rain’ to make it ours, well, that’s all you can ever ask of the songs. Mine have not only done me well, they’ve made a lot of people I love happy, too.”

Tickets for the first wave of the 76 for 76 Tour are on sale now. More dates will be announced in the coming weeks, but look for 2019 to be the Year of the Snap. With an album with many of country’s biggest names due at the first of the year, there’s plenty of music to make – and friends to play for.

Music editor for Nashville.com. Jerry Holthouse is a content writer, songwriter and a graphic designer. He owns and runs Holthouse Creative, a full service creative agency. He is an avid outdoorsman and a lover of everything music. You can contact him at JerryHolthouse@Nashville.com
Previous Tracy Lawrence, Steady In Music And Philanthropy
Next Stars Added to Willie: Life & Songs of an American Outlaw