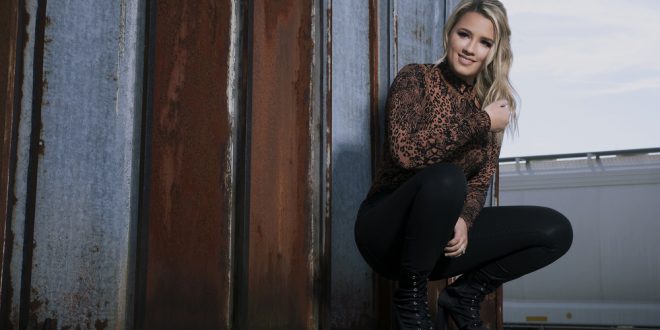 After a breakout 2019, Warner Music Nashville’s Gabby Barrett is launching into the new decade celebrating love on a new song release, “Hall of Fame.” Written by Barrett alongside Trannie Anderson, Adam Doleac and Zachary Kale, the heartfelt song, inspired by her husband Cade Foehner, admires the one you love by touting sweetly that if love had a hall of fame, their name would be in it.

“I am so blessed to have found a husband that makes me feel cherished, cared for and treasured,” shares Barrett. “We wrote this song to celebrate the goodness and the details of love – the little things, the feeling of truly loving someone and feeling that in return. I hope this song inspires everyone to reflect and say an extra ‘thank you’ to the people that make them feel the same way too, and I hope they love it as much as I do.”

Barrett’s star is on the rise, as her accolades continue to pile up after a mile marker year in 2019. Her debut single, “I Hope,” has rocketed into Country radio’s Top 25 and cracked the Billboard Hot 100 for the first time ever at #74. It was Radio Disney’s #1 Song of the Year for 2019. Barrett tops “Ones To Watch lists” for Amazon, Billboard, PopCulture, Tennessean and more, and was named a Country and all-genre Artist to Watch by Pandora + SiriusXM.

Last night, Barrett’s powerhouse vocals were on full display for a sold-out Staples Center crowd as she opened for Kane Brown in Los Angeles. With more shows stacked for this year, she’ll perform at high-profile festivals including Country Jam, Stagecoach, Tortuga Music Festival and more.

Music editor for Nashville.com. Jerry Holthouse is a content writer, songwriter and a graphic designer. He owns and runs Holthouse Creative, a full service creative agency. He is an avid outdoorsman and a lover of everything music. You can contact him at JerryHolthouse@Nashville.com
Previous Brantley Gilbert Celebrates Fifth Number 1
Next Lady Antebellum Celebrates 10th Number One Song