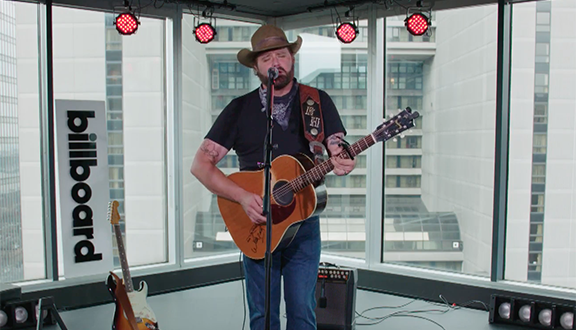 Randy Houser’s film, inspired by his critically-acclaimed album, Magnolia is now available. Drawing from the heartbreak, grit and working-class rawness of his latest album and the life stories he’s collected along the way, Houser created a film of the same name as both a visual representation his work, and a narrative film thematically based on the music.

In celebration of the release of the film, Houser hosted several VIP screenings over the past week at the Grand Ole Opry and in Los Angeles. Houser continued his adventures to New York City where he made several media stops and treated Billboard Live and Paste Live fans to stripped down performances of some of Magnolia’s stand-out tracks.

“After the album was complete, we were discussing plans for music videos and I wanted to make sure to visually tell the story of each song while keeping the feel of Magnolia still intact—because it has a mood to it,” said Houser. “We created a film instead of dicing up the album into fragmented music videos so people could take in the music of the album in one sitting and digest it as one body of work, as it was intended.”

Directed by Justin Nolan Key , the film was authentically shot in Houser’s home state of Mississippi, providing the perfect backdrop to highlight his rootsy melodies and swampy guitar licks. Mirroring the blue-collar sentiments of Magnolia’s lyrics, the film follows Noah, an oil pipeline/rig worker as he returns home to the Gulf Coast and must confront his past while also determining his future. In the film, Houser plays a local bartender/singer at the town dive and performs several live acoustic versions select songs off the album, including his latest single, “ No Stone Unturned .” Watch trailer for Magnolia above.

Houser’s fingerprints can be found on every inch of the project, serving as executive producer for the film and having co-wrote every song on the album. He spent nearly two years on a journey of self-exploration through music, pulling from his Mississippi roots to cultivate an organic work of art.

Magnolia (the film) can be found on digital platforms including iTunes.

Music editor for Nashville.com. Jerry Holthouse is a content writer, songwriter and a graphic designer. He owns and runs Holthouse Creative, a full service creative agency. He is an avid outdoorsman and a lover of everything music. You can contact him at JerryHolthouse@Nashville.com
Previous Carrie Underwood & Joan Jett Will Ring In The NFL Season
Next Watch: Noah Cyrus, “Live or Die”