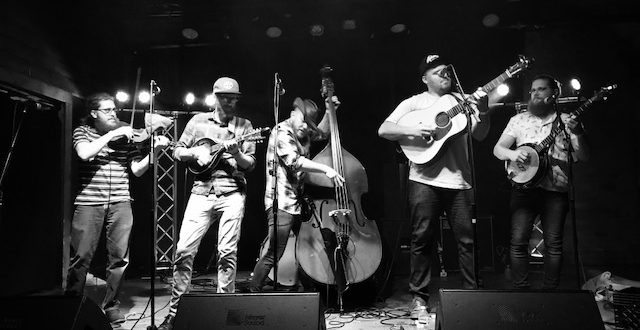 In case you missed it, Old Salt Union electrified the High Watt last night with their alt bluegrass acoustic sounds. The Belleville, IL based band put maximum energy into the show show, performing originals from their new self-titled album and crowd-pleasing covers with a humor and fun that captivated the audience. Old Salt Union is a group of craftsmen who create original interpretations that pay homage to the traditions of Bluegrass, while redefining the genre at the same time.  Bluegrass bands often split into one of two camps: “The New” or “The Traditional”. Old Salt Union is clearly blazing their own trail unlike any other. Don’t miss them next time!