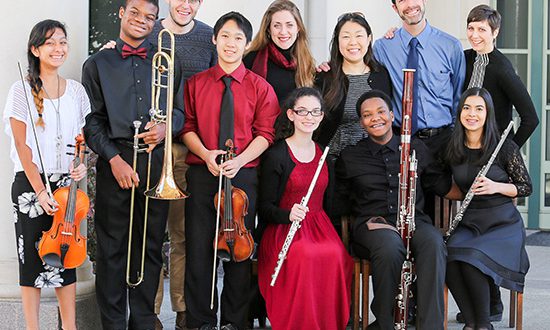 The Nashville Symphony invites local students of diverse backgrounds to audition for Accelerando, its education initiative designed to prepare gifted young musicians from underrepresented ethnic communities for pursuing music at the collegiate level and beyond.

Currently in its second year, Accelerando engages individual students in grades 5-11 over a multi-year period with extensive instruction, performance and learning opportunities, and will also offer students and their families assistance with applying for collegiate music programs. All services are provided free of charge.

Students and families interested in participating in Accelerando are invited to attend one of several upcoming community meetings, where they can learn more about the program. All meetings run from 7-8 p.m.:

A Spanish interpreter will be present for meetings held at Casa Azafrán.

To be considered for Accelerando, students must fill out an application form and perform a live audition, during which they will be given 10 minutes to demonstrate proficiency on their instrument.

Auditions will be held on Saturday, March 3, and Saturday, March 10. The Nashville Symphony will contact applicants with a scheduled audition date and time following the application deadline on February 16.

Visit NashvilleSymphony.org/accelerando for complete information about eligibility and requirements for auditioning, along with application forms. The same information may be found in Spanish online here.

The GRAMMY® Award-winning Nashville Symphony has earned an international reputation for its innovative programming and its commitment to performing, recording and commissioning works by America’s leading composers. The Nashville Symphony has released 28 recordings on Naxos, which have received 24 GRAMMY® nominations and 11 GRAMMY® Awards, making it one of the most active recording orchestras in the country. The orchestra has also released recordings on Decca, Deutsche Grammophon and New West Records, among other labels. With more than 140 performances annually, the orchestra offers a broad range of classical, pops and jazz, and children’s concerts, while its extensive education and community engagement programs reach 60,000 children and adults each year.