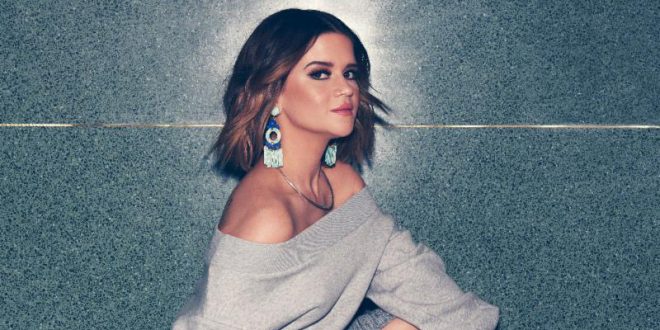 Maren Morris tops Hot A.C. radio this week, with the Platinum-certified “The Bones” going #1 on the Billboard Adult Pop Songs and Mediabase Hot A.C. charts, marking the longest ever climb to #1 on both charts at 45 weeks. In addition, “The Bones” remains in the Top 10 this week on the Country Aircheck chart nine weeks after reaching #1 for two consecutive weeks in February, which made it the first solo female back-to-back #1 since 2012.
In addition, her latest single “To Hell & Back” was the second most-added at country radio this week, with 41 first week stations.
2020 is off to an incredible start for Maren, who just welcomed her first child. “The Bones” is spending its fifth week at #1 on Billboard’s Hot Country Songs chart. When the song first earned #1 on the chart in February—which followed the chart-topping stint of “Girl” last summer—it marked the first time since 2016 that a solo country female artist had two #1’s from the same album. “The Bones” was also #1 on SXM The Highway’s Hot 30 on July 13, 2019. In March, Maren received RIAA Gold certification for hercritically lauded album GIRL, which shattered the record for the largest ever debut streaming week for a country album by a woman, with 23.96 million streams in its first week. In addition, Maren played her biggest show to date for more than 60,000 fans at the Houston Rodeo and she leads the 2020 ACM Awards nominations this year with five nods including Female Artist of the Year and Album of the Year for GIRL.
Later this year Maren will embark on “RSVP: The Tour” throughout North America, including festival dates at Jazz Aspen Snowmass Labor Day Experience and Railbird Festival and headline stops in Los Angeles, Atlanta, Colorado’s storied Red Rocks Amphitheatre and many more. Supporting acts James Arthur, Ryan Hurd and Caitlyn Smith are confirmed for select dates. The tour kicks off in June.

Music editor for Nashville.com. Jerry Holthouse is a content writer, songwriter and a graphic designer. He owns and runs Holthouse Creative, a full service creative agency. He is an avid outdoorsman and a lover of everything music. You can contact him at JerryHolthouse@Nashville.com
Previous Grand Ole Opry To Host Easter Celebration This Saturday
Next John Prine 1946 – 2020