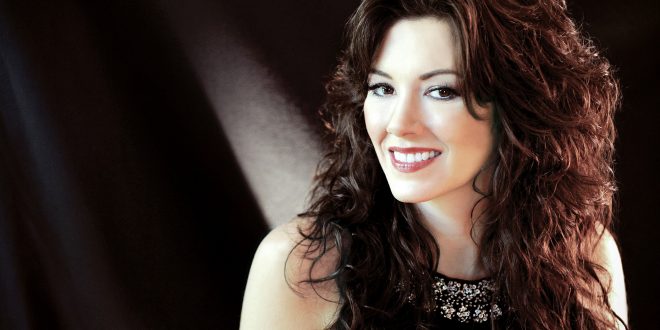 These days, everyone calls Nashville the “it” city. But Mandy Barnett has always known that Nashville was “it.”

The critically acclaimed recording artist first showed up in town as a twelve-year-old, working with producer and music business powerhouse Jimmy Bowen. Commuting between her East Tennessee home in Crossville and her dream city Nashville, Barnett made inroads and connections that eventually led her as a teenager to the Ryman Auditorium stage, starring weekly in the theatrical production Always…Patsy Cline in the title role, and a deal with Asylum Records.

Soon after, Barnett, whose world-class voice and torchy style recall iconic classic country and pop singers, worked with Nashville Sound pioneer Owen Bradley on a Sire Records project, I’ve Got a Right to Cry, that Rolling Stone named the best country album in its year of release. Other accomplishments and accolades followed, from appearances on The Tonight Show with Jay Leno and Late Night with David Letterman to inclusion in major film and television soundtracks (even singing on a SpongeBob SquarePants record!), all while continuing to make albums (most recently with her own production company and Rounder Records) and tour throughout the country and abroad.

Along the way, the Los Angeles Times, the New York Times, USA Today, People, and many other noted publications have praised Barnett’s talents. Nice progress for someone who when she moved permanently to Nashville at age seventeen brought with her only what her relatives gave her: “a couch, a double barrel shotgun, and a deviled egg platter,” said Barnett with a laugh.

Throughout her career adventures, Barnett has cherished Nashville, coming home whenever possible for guest spots on the Grand Ole Opry, extended runs at former hangouts Café Milano and Café 123, and annual gigs at 3rd & Lindsley. In recent years, Barnett has added two three-night concert performances with the Nashville Symphony Orchestra to her ever-growing roster of Nashville engagements, even celebrating the Symphony’s 70th anniversary last fall with her “Nashville Songbook” program – songs that made Music City famous. Barnett expresses her passion for Nashville the best way she knows how: by returning to its stages.

On July 13th, 20th, 27th, and August 3rd, Barnett again returns to a Nashville stage, performing four special shows at 3rd & Lindsley, as she readies the release of a new album leaning toward a rootsy blues and Americana sound.

“I’ve always loved to perform in Nashville,” said Barnett. “The audiences in Nashville are so inspiring and invigorating. I don’t get to do full-band shows in town nearly enough. It’s been a long time since I’ve done a residency here. And in speaking with Ron Brice at 3rd & Lindsley, this summer seemed like a perfect time to do one. We’ll have some fun trying out new songs, featuring some unique guests, and playing a number of favorite tunes.”

Barnett continued, “It’s wonderful to have a venue like 3rd & Lindsley to play every week. The audiences are always great, the sound is top-notch, and the band and I always have a terrific time. I love the vibe in the room. I thank Ron for hosting me.”

“It’s an opportunity for people to see one of Nashville’s treasures who plays in town only once or twice a year,” stated Ron Brice, owner of 3rd & Lindsley. “We are proud to have Mandy play here,” he added.

All four of Barnett’s shows will begin at 7:00 p.m. For tickets, go to: www.3rdandlindsley.com