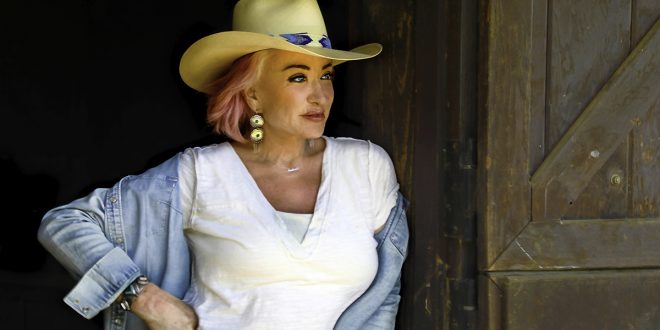 LISTEN: Tanya Tucker Covers “The House That Built Me”

“The House That Built Me,” the newest song from Tanya Tucker’s upcoming album While I’m Livin’, debuts today (listen above). Made famous by Miranda Lambert, the song is one of the well-chosen covers on the release. In Tucker’s version, the lyrics have been adapted to reflect the journey of a mother revisiting the home where she raised her family in order to find herself again.

While I’m Livin’ was produced by Brandi Carlile and Shooter Jennings and comes out August 23 via Fantasy Records, Tucker will play special, select shows this fall. The intimate performances will be held August 22 at Exit/In in Nashville—with a second appearance added on the 23rd at the Grand Ole Opry, September 17 at The Bowery Ballroom (presented by SiriusXM) in New York and October 16 at The Troubadour in Los Angeles.

Tucker is enjoying a career renaissance with While I’m Livin’, her first album of all new material in 17 years—as well as the recent announcement that she will receive a star on the The Hollywood Walk of Fame next year.

While I’m Livin’ is largely comprised of songs written by Carlile and the twins Tim and Phil Hanseroth. “It’s a musical biography of sorts,” explains Carlile, “about Tanya’s real life and the places she’s seen, and it’s narrated by the greatest country and western singer this side of Johnny Cash.”

Music editor for Nashville.com. Jerry Holthouse is a content writer, songwriter and a graphic designer. He owns and runs Holthouse Creative, a full service creative agency. He is an avid outdoorsman and a lover of everything music. You can contact him at JerryHolthouse@Nashville.com
Previous The Scooter Brown Band Makes Their Opry Debut
Next Dan Rogers Named Vice President And Executive Producer Of Grand Ole Opry