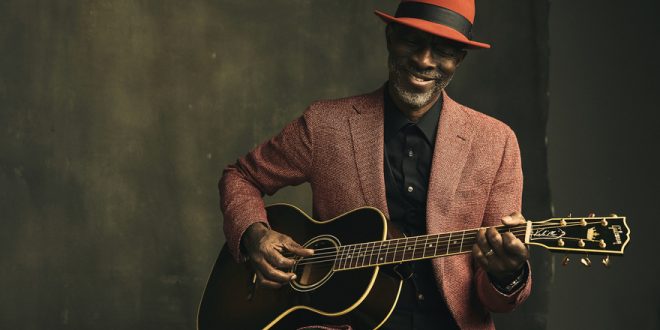 Following the release of Keb’s album, Oklahoma, the prolific musician celebrates the holidays with a collection of songs truly unique and soulful, it could only be from Keb’ Mo’. His master skills as a songwriter are in full effect here, penning honest (and hilarious) observations that speak to the real feelings of the holiday season. It’s the authenticity we come to expect from his music, now with yuletide greetings and bluesy cheer.

The album kicks off with Keb’ putting his spin on the soulful 1960 classic by Charles Brown, “Please Come Home for Christmas”. On the title track, “Moonlight, Mistletoe & You” Keb’ sings a beautiful new holiday standard, reminding us to slow down during the hectic December month to spend time with loved ones. Co-written with Adam Ollendorff (known for his work with Kacey Musgraves) and featuring the musings of Gerald Albright, the lush and sweeping song has a timeless sound and sentimentality. Although it’s been said many times, many ways, this is truly a new Christmas classic. 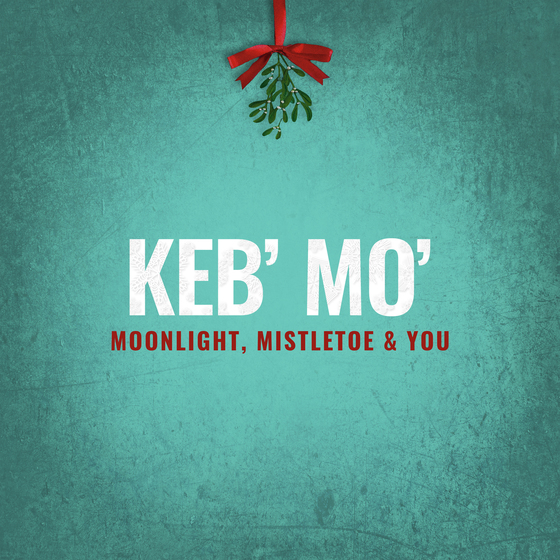 But what’s a Keb’ Mo’ album without a healthy dose of the blues? Covering the Queen of Blues herself, Koko Taylor, on “Merry Merry Christmas” Keb’ delivers one of his world class guitar solos over a churning backbeat, creating an electrifying track so original you’ll forget it’s a cover. St. Louis blues legend Charley Jordan is honored with a new interpretation of his 1931 song, “Santa Claus Blues”, re-imagined by Keb’ with a modern twist, while staying true to the rural roots of the original.

One of the album standouts is the wildly amusing and honest, “Christmas Is Annoying”, a poignant reminiscing of all the things that make the holiday season both good and bad. Only Keb’ could write such a cheery, “bah-humbug” song about the Christmas spirit and the always-maddening events that come with it. It’s something everyone can relate to and who hasn’t let their inner Scrooge shine, if only for a bit, with maxed out credit cards and “no time to relax”?
Elsewhere on the album, Keb’ brings an elegant flair to the Mildred Bailey classic, “I’ve Got My Love to Keep Me Warm”. The swingy, jazz-influenced track fits perfectly with its tender-hearted back-and-forth featuring the distinctive voice of Melissa Manchester. “When the Children Sing” is a heartwarming tune with Nashville’s own NIA House Montessori School Choir, as Keb’ recounts the innocence of the holidays as a child while growing up in Compton, CA.
Paying homage to the traditional swing-setting sounds of Sinatra before him, the album closes with the orchestral-infused “One More Year with You,” sounding just like the classic Christmas records recorded in Capitol Studio A from days of yore. It’s a romantic and touching end to his collection of songs and ties a beautiful bow on the holiday season.

The celebration doesn’t stop with just with the album – Keb’ is set to embark on the Jingle Bell Jamboree, an exclusive holiday tour featuring songs off Moonlight, Mistletoe & You, as well as surprises and fun for the entire family. For a complete list of shows, please visit www.kebmo.com.

Music editor for Nashville.com. Jerry Holthouse is a content writer, songwriter and a graphic designer. He owns and runs Holthouse Creative, a full service creative agency. He is an avid outdoorsman and a lover of everything music. You can contact him at JerryHolthouse@Nashville.com
Previous Don McLean Honored With Presentations From Garth Brooks, Madonna, Drake and More
Next NMAAM Announces Three New Co-Chairs