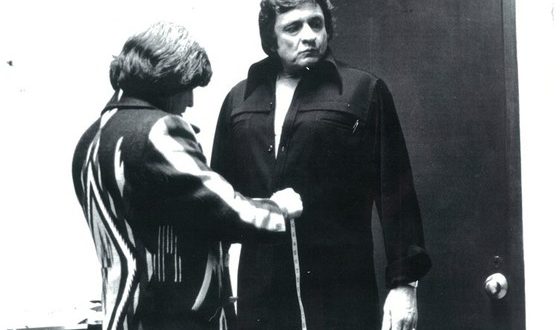 “The Man in Black: The Style of Johnny Cash, Curated by Manuel” Exhibition
Opens February 26, 2018
The Johnny Cash Museum, currently a TripAdvisor Top 10 Attraction for the U.S, will be celebrating what would have been the global icon’s 86th birthday with a new exhibition opening on February 26, 2018.  “The Man in Black: The Style of Johnny Cash, Curated by Manuel” will feature costumes, measurements, materials and designs that branded the legendary image of what would become one most of the most applauded acts in American music history.
“Johnny Cash made wearing black a fashion statement,” says Icon Entertainment Group President Bill Miller. “Through the years, he had a number of custom designers create his stage wear, but his favorite was Manuel, who dressed him through the end of his career. We’re excited to exhibit costumes from a number of designers with commentary by Manuel. Visitors to the exhibit will also be able to take a peek into Manuel’s Johnny Cash client files.”
“I am very excited to be a part of, once again, the legacy of one of the most iconic country music musicians in my lifetime, and of course I am referring to Johnny Cash,” says Manuel.  “I am so happy to be partnering with Bill and Shannon Miller to curate this exhibition for the Johnny Cash Museum. I think we are going to have fun, like crazy!”
“The Man in Black: The Style of Johnny Cash, Curated by Manuel” will remain on exhibition at the top-rated attraction for 18 months. Since opening its doors in April 2013, The Johnny Cash Museum has expanded twice adding a café and additional exhibition space.  The latest wing of exhibits profile “Walk the Line,” The Carter Family and Cash Covers in addition to green screen technologies that enable fans to get a picture with Johnny Cash. The museum has received numerous accolades for their exhibitions and services:
Icon Entertainment Group, the parent company for The Johnny Cash Museum, also owns and operates The Patsy Cline Museum, Nudie’s Honky Tonk and Skull’s Rainbow Room. It was recently announced that a Merle Haggard museum and restaurant will be among their award-winning offerings in the summer of 2018.
About Manuel
Long before he opened his showroom in Nashville, Manuel served as tailor to the Rat Pack and other celebrities in Los Angeles. Through a position with master embroiderer Viola Grae, a designer who fashioned a brand on flamboyant and elaborate clothing, Manuel would meet and begin working with Nudie Cohn at Nudie’s Rodeo Tailor.  As an apprentice to the style icon who built a clientele of Hollywood and Country Music A-listers for his embellished suits and rhine stoned designs, Manuel would rise from head tailor, to head designer and even partner alongside the country and western wear mogul.  In 1975, Manuel Couture was launched just down the street from Nudie’s in Hollywood. His styles branded the “Man in Black” Johnny Cash, George Jones, Marty Stuart, Dwight Yoakam and many others.  In the 80s, he opened his Nashville location and to this day this octogenarian is an in-high-demand designer that operates his shop and showroom at the corner of 8th and Broadway in Nashville. For more on Manuel, visit www.manuelcouture.com. 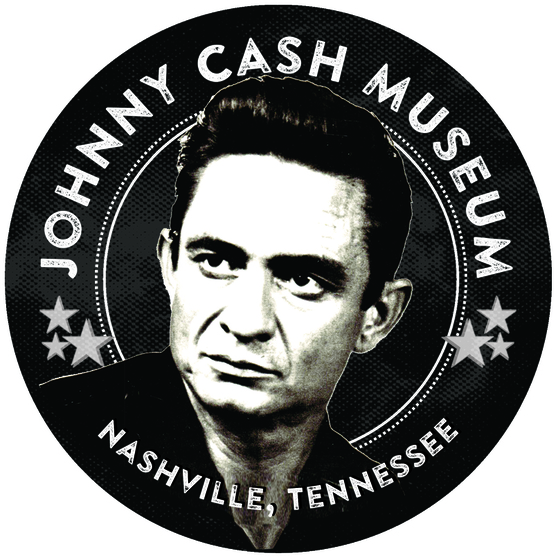 About The Johnny Cash Museum
Earning the AAA Gem rating, The Johnny Cash Museum experience has quickly spread around the globe with outlets like CNN, USA Today, Parade, The NY Times, The NY Post, Billboard, Vogue, Southern Living, ABC, CBS, NBC, FOX, Yahoo, Huffington Post, London’s NME, etc. all buzzing about the attraction. You never know who you will see at the museum as celebrities like Former VP and Nobel Prize winner Al Gore, CMT Nashville cast members, Noah Galloway, Dancing With The Stars Val Chmerkovskiy, Weezer, The Oak Ridge Boys and American Pickers’ Mike Wolfe have all been spotted at the attraction. Located at 119 Third Avenue South between Demonbreun and Broadway, the Johnny Cash Museum is open every day from 9 AM to 7 PM. General admission is $18.95 with discounts for AAA, military, senior citizen and youth (6-15). To stay updated on the museum, visit the following:
Website: www.johnnycashmuseum.com
Facebook: www.facebook.com/johnnycashmuseum
Twitter: @CashMuseum
Instagram: @CashMuseum