Gretchen Wilson’s new album Ready To Get ROWDY goes on sale this Friday, June 16, and today her Redneck Records label distributed her new single “Summertime Town” to Country radio via PlayMPE.
“Sometimes a song idea is as simple as a great title,” said Gretchen about the single she wrote with Rob Hatch and Bridgette Tatum. “When you picture a summertime town in your head, you begin to imagine the romance and the heartache that could be attached to a place like that.” 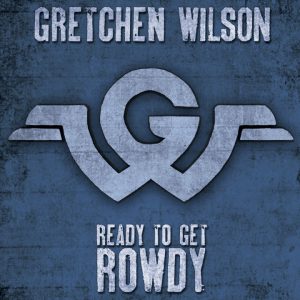 Gretchen wrote or co-wrote all 12 songs on Ready To Get ROWDY with some of Nashville’s best and most seasoned songwriters, and she produced the album with Blake Chancey (Dixie Chicks, Montgomery Gentry, Kellie Pickler.) Presale of the new album is available now at iTunes.

Gretchen Wilson exploded onto the country music scene with her smash hit “Redneck Woman” and has since scored three #1 albums. The critically-acclaimed singer/songwriter has won virtually every award for which she’s been nominated, including trophies from the Grammys, ACM, CMA, AMA and more. Her first book, the autobiographical “Redneck Woman: Stories from My Life,” landed her on the prestigious New York Times Best Seller List. She formed her own record company, Redneck Records, in 2009, and her I Got Your Country Right Here CD received two Grammy nominations. She released three albums in 2013: a new Country album entitled Right On Time, a 13-song Rock covers record Under The Covers, and her Christmas In My Heart holiday collection. After an almost three-year hiatus, she is back with her new album Ready to Get ROWDY, and her nationwide tour kicked off in Las Vegas last night.

Previous Nashville hopes to celebrate the Predators with one more party! Does anyone have a catfish left?
Next Tucker Beathard Makes Bonnaroo Debut