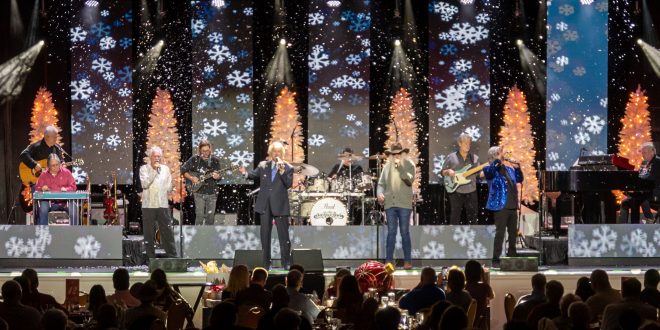 Nobody puts on a Christmas show like Country Music Hall of Fame members The Oak Ridge Boys and this year the award winning band will celebrate the holiday season at home with a 31-show residency as part of Gaylord Opryland’s 38th annual A Country Christmas event. The Oaks’ “Christmas in Tennessee” Dinner Show will feature a delicious holiday meal prepared by the resort’s culinary team followed by The Oak Ridge Boys and their band performing Christmas classics, new favorites and many of the timeless hits including their smash hit “Elvira” which topped the charts 40 years ago this year. 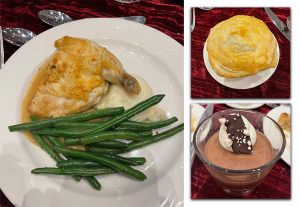 Nashville.com was invited to the opening night of “Christmas in Tennessee” last Wednesday and the legendary entertainers and Opryland did not disappoint! The night started with an amazing meal and the Opryland team was quick and organized to get dinner out to the packed crowd. The night was a perfect mix of Oak Ridge Boys hits and Christmas classics sung in four part harmony as only this quartet can do. The Oaks started the show with their energetic, patriotic hit, “American Made” and immediately had the crowd clapping and cheering. 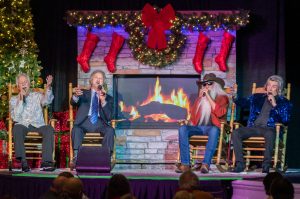 The third song of the night was arguably their biggest hit “Elvira” and the crowd sang right along. When Richard Sterban sang “oom poppa, omm poppa, mow mow” in the chorus that deep bass shook the whole room. After a couple more classics the band sang “Christmas Cookies” and an adoring fan ran up to the stage with a box of freshly baked, you guessed it, Christmas cookies. Then Santa made an appearance and every kid in the audience was invited up to the stage to give Santa a hug in person – there were a lot of happy kids. After this the band moved to the side of the stage where four Cracker Barrel rocking chairs were waiting, they each sat down and told the audience a little bit about the musical journey that brought them to the band. Then they sang a beautiful version of Silent Night. The crowd even sang a verse and it sounded great.

If you live in Nashville or will be in the area you need to see this show and then spend some time walking around Opryland afterwards. It’s family friendly so bring the kids. As always the grounds are beautifully decorated and there are many things to do. Click here for dates and times.

Music editor for Nashville.com. Jerry Holthouse is a content writer, songwriter and a graphic designer. He owns and runs Holthouse Creative, a full service creative agency. He is an avid outdoorsman and a lover of everything music. You can contact him at JerryHolthouse@Nashville.com
Previous Sam Grow Makes His Opry Debut
Next WATCH: David Gideon’s “Red Boots”