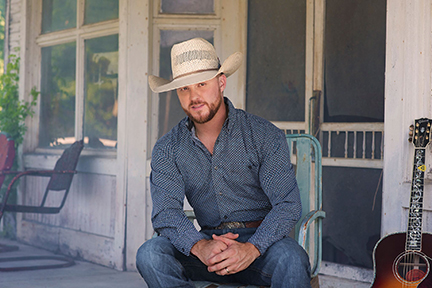 Cody Johnson at Ryman!
Yesterday, CoJo Music / Warner Music Nashville artist Cody Johnson confirms he will release Ain’t Nothin’ To It  on January 18, 2019. The album marks his major label debut and is the follow up to his critically acclaimed independent release which made its debut at No. 2 on the Billboard Top Country Albums chart and No. 11 on the Billboard 200.

The lead single off the album “On My Way to You,” is already Top 35 at country radio and rapidly approaching the Top 30. The track resonates deeply for Johnson and has become a hit with fans on the road. “On My Way to You” is currently available across all digital service providers and made its debut at #1 on the iTunes Top Songs Chart (all genres) and Top Country Singles Chart.
Ain’t Nothin’ To It will be available for fans to preorder on October 26 and will include a gratis download of “On My Way To You,” along with four additional tracks on the album.

Johnson once again tapped producer Trent Willmon when he went into the studio to record the album. As a former major label recording artist and a fellow cowboy, Willmon is the perfect match for Johnson’s unbridled passion and authenticity.

Johnson has enjoyed performing the new music for the CoJo Nation while crisscrossing the country and is eager to release new music for the fans. With over 350,000 hard tickets sold in 2017 alone, Johnson sold out shows in over two dozen states. With a rapidly expanding fan base, Johnson is doubling and tripling ticket sales each time he returns to perform in markets ranging from New York to Los Angeles.  His upcoming October 19 show at Marathon Music Works in Nashville sold out over a month in advance.

Music editor for Nashville.com. Jerry Holthouse is a content writer, songwriter and a graphic designer. He owns and runs Holthouse Creative, a full service creative agency. He is an avid outdoorsman and a lover of everything music. You can contact him at JerryHolthouse@Nashville.com
Previous Mitchell Tenpenny Celebrates His First Gold Single
Next Brad Paisley and Kimberly Williams-Paisley Will Open Free Nashville Grocery Store