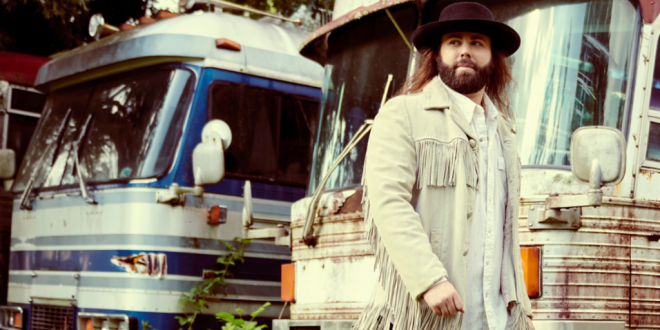 Buy TICKETS!    CJ Solar has seen many dreams come true since he started writing, recording and touring, but few dreams compare to the call he received from the Grand Ole Opry inviting him to make his debut appearance on the hallowed stage. On September 7, 2019, the MusicRow “Independent Artist of the Year” will perform in the famous circle for the first time.

“It’s been a dream of mine to stand on the circle, since I attended my first Opry performance with my parents on a trip to Nashville when I was 12 . . . it inspired me to move to Nashville and want to make Country music,” said CJ. “Always said this was the biggest bucket list moment for me in Nashville, and I can’t believe it’s happening!!”

CJ was in seventh grade during that family trip to Music City. The visit included many of the traditional Nashville destinations, but the Opry was highest on everyone’s list. Dierks Bentley, Brad Paisley and Blake Shelton performed on the show that night, and CJ distinctly remembers making a quality decision to follow in their footsteps.

Ironically, CJ interned for and was later signed as a staff writer at Sea Gayle Music, a Nashville music publishing company co-owned by Brad Paisley. CJ co-wrote every song on his Get Away With It and Hard One To Turn Down EPs and his upcoming EP, and he celebrated his first #1 Country single as a songwriter with Morgan Wallen’s “Up Down” featuring Florida Georgia Line.

Last week, fans received news of the release of CJ’s new single, “Coming My Way,” to Country radio on August 27, 2019. The single will be the title track to his upcoming third EP.

This weekend, CJ will open for one of his musical heroes Hank Williams, Jr. in Morgantown, WV on Friday and Corbin, KY on Saturday. The following weekend he will open for 38 Special, and he will be back out opening for Gary Allan through September.

CJ will join Dailey & Vincent, Williams & Ree, Sylvia and his buddy and frequent co-writer Travis Denning the night he makes his Opry debut. A large crowd is expected from his hometown of Baton Rouge, and fans from as far as New York have indicated they will make the trek to Nashville.

Music editor for Nashville.com. Jerry Holthouse is a content writer, songwriter and a graphic designer. He owns and runs Holthouse Creative, a full service creative agency. He is an avid outdoorsman and a lover of everything music. You can contact him at JerryHolthouse@Nashville.com
Previous Carrie Underwood to Host 53rd Annual CMA Awards
Next Viewing Party At The Ryman Set For Ken Burns Country Music Documentary