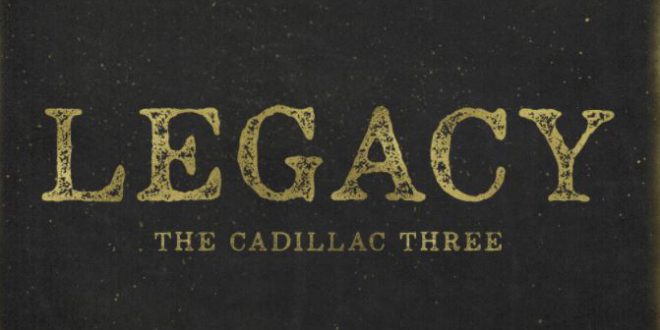 Jaren Johnston of The Cadillac Three may be a Grammy-nominated, chart-topping songwriter but behind music and family, good food is a top priority! Whether he’s home or out on the road, Jaren is always looking for something delish to feast on and photograph. The band just released their new album LEGACY today and will headline a hometown show at the Ryman Auditorium on August 31. Check out our extra special Foodie Friday feature with Jaren below!

Good Afternoon Jaren! Thank you so much for talking with us! What was a typical dinner or family meal like for you growing up?

It depended on the night… everything from dad making a Mexican cornbread (hamburger meat/ cheese / onions /jalapeño) all baked together to tuna fish and crackers. Haha.

Do you have a favorite recipe to cook for your family?

My wife and I are a pretty good team in the kitchen. We’ve been known to cook up some mean veggie lasagna, chili, homemade cornbread and different pastas. I also love grilling.

Now that you have a family, any family traditions you have started?

We try to make it to The Yellow Porch every week the night before I get on the bus to leave. It’s our favorite restaurant in Nashville.

How has fatherhood changed or not changed your eating habits?

I’m not sure if it’s being a father, but I’ve recently been on a semi-vegetarian kick. I Haven’t had meat in a few weeks. (Other than a recent Saturday night … we had Outback).

If you designed your own food tour of Nashville, which restaurants/bars would be on your list of places to visit?

The Yellow Porch, Tin Angel, Firefly, Rosemary & Beauty Queen (I’m part owner in this… it’s a great new bar in East Nashville close to where I grew up.)

Southerners know good cookin’. What should every Southern kitchen be stocked with?

A plethora of different hot sauces.

What is your favorite music to listen to while you cook?

Most memorable meal while touring. Where were you and what did it involve?

It was the first time we went to Red Iguana in Salt Lake City, UT. I eat a lot of Mexican food but that was some of the best I’ve ever had … Killer street tacos. I’m pretty sure I ordered one of everything.

What are three things you can always find in your refrigerator?

Is there anywhere you have wanted to travel or a restaurant you have always wanted to dine in that you have not yet?

Pretty much everywhere Guy Fieri goes on Diners, Drive-Ins and Dives. I’ve hit a few, but he keeps killing me! They all look so damn good!

If you could be on a cooking show, which one would it be?

See above! Diners, Drive-Ins and Dives.

What first sparked your love of music? Was there a particular record you remember?

Dinosaur Jr | Without A Sound was one of the first, but I’d also add Metallica | …And Justice For All, Garth Brooks | Ropin’ The Wind and every Nirvana record

You’ve been involved with music for the better part of your life, what keeps you inspired by it?

The freedom. I get to travel the world and do pretty much what I want, when I want while playing my songs. It’s an awesome job to say the least!

Tell us about the inspiration behind the band’s new album “Legacy.”

We just went in and recorded a record that WE wanted to make. Without anyone telling us where, when, or what we needed to do. It was an awesome experience. Once we started that way, the songs just poured out and it became so much fun. This is definitely the most real record we have done to date. With new life experiences for the band – having a baby, marriages and traveling the world for the last six years – we had a lot to pull from.

Do you have a favorite song on the record?

I think my favorite is “Take Me To The Bottom” … That changes every week though! Haha

Who would you love to collaborate with in the future?

What else do you have coming up this year now that the album is out?

We’re really looking forward to our headlining show at the Ryman Auditorium and our LONG HAIR DON’T CARE TOUR throughout Europe in November.

I’d probably have to say Jimi Hendrix because it would probably be a crazy night. Smoke a “j,” indulge in some awesome food and booze in San Fran the watch the sun come up. 😏