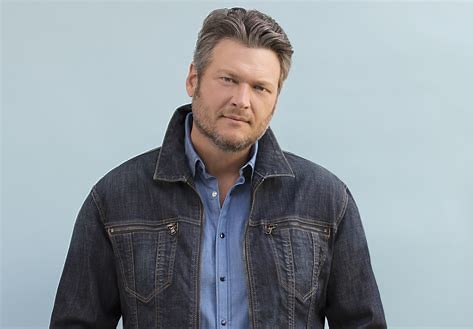 After announcing “Friends and Heroes 2019” earlier this week, country music superstar Blake Shelton continues to show old-school country some modern-day love with his cover of “Tequila Sheila” (listen HERE). Originally released in 1980 by Country Music Hall of Fame and Grand Ole Opry member Bobby Bare on his album Down and Dirty, the reimagined throwback tune features an introductory vocal by Bare himself. The song was written by songwriting legends Shel Silverstein and Mac Davis. The country legend is celebrating 60 years as a hit-maker this year and has big plans in store for 2019, to be announced soon.

“One of the coolest things I’ve been able to do in my career, because I’ve been fortunate, is be a little selfish along the way and be able to record some songs that I grew up loving,” Shelton said. “I feel like they have helped shape who I am as an artist and were what inspired me to want to be a country singer. I recorded this song and didn’t really have a plan for it – I just wanted to have my own version! I’m a huge fan, and I always felt like Bobby Bare’s personality was the kind I wanted to have as an artist too.”

“Blake Shelton is by far one of the biggest stars in country music right now and a great friend to traditional country. I’m glad to know him and thrilled he would include me on this record, it was a lot of fun,” said Bobby Bare.

Music editor for Nashville.com. Jerry Holthouse is a content writer, songwriter and a graphic designer. He owns and runs Holthouse Creative, a full service creative agency. He is an avid outdoorsman and a lover of everything music. You can contact him at JerryHolthouse@Nashville.com
Previous Dave Rowland Of Dave & Sugar Dead At 74
Next Michael Ray Teams Up with Nashville Humane Association