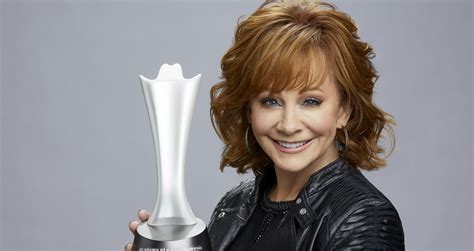 The Academy of Country Music has announced that iconic entertainer and 16-time ACM Award winner Reba McEntire will return as host and executive producer of the 54th ACADEMY OF COUNTRY MUSIC AWARDS™, Country Music’s Party of the Year®. The awards telecast, honoring country music’s superstars and hottest emerging talent, will air LIVE from the MGM Grand Garden Arena in Las Vegas on Sunday, April 7, 2019 at 8:00 PM ET / delayed PT on the CBS Television Network. This year’s ceremony will mark Reba’s sixteenth time serving as host.

Music editor for Nashville.com. Jerry Holthouse is a content writer, songwriter and a graphic designer. He owns and runs Holthouse Creative, a full service creative agency. He is an avid outdoorsman and a lover of everything music. You can contact him at JerryHolthouse@Nashville.com
Previous Scotty McCreery Scores His second Consecutive No. 1
Next Shawn James Announces Tour