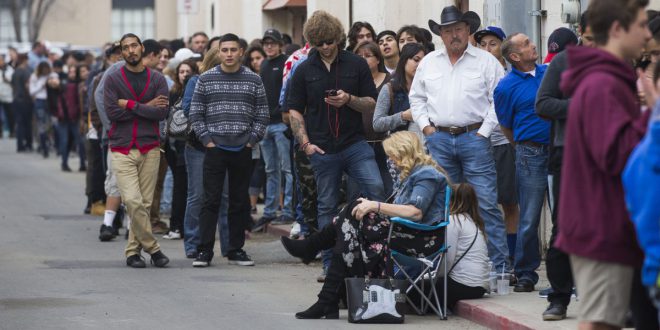 Hundreds show up for chance to be in Oildale film

They lined up around the block for a chance to be in “Oildale.”

Not the town. The movie.

More than 300 locals stood for more than an hour outside Bakersfield’s Fox Theater on Monday in hopes of participating as unpaid extras in an independently produced drama about homeless combat veterans who find “family” while renting rooms from a struggling 18-year-old girl and her 13-year-old brother.

At the far end of the long line that snaked around the back side of the Fox, Christian Grant, 20, and Brianna Correa, 18, talked about what brought them out on a gray Monday evening in January.

“She made me come,” Grant said with a grin.

Actually both said they’d love to appear even for a second or two in the film.

“That’d be cool to point out,” Grant said.

The casting call was for 4 p.m., but movie making is notoriously plagued by delays, and when 4:40 rolled around, the doors still hadn’t been opened.

Near the front of the line, Timi Ann Mongold and her daughters, Jovi, 12, and Tommi Jo, 16, seemed to be enjoying the wait.

“I thought it would be a great experience for them because they’re both in local theater,” Mongold said of her girls.

Eventually, the doors were opened and the eager extras began filing into the theater, where they were seated by a production manager.

The stage was turned into a movie set for a scene from the film. But it didn’t look much different than it often does as it was filled with more than a dozen musicians, many wearing cowboy hats.

“This is a story written by Lynn Salt about a young woman who has to move her grandfather into a rest home and take care of her 13-year-old brother,” director David Mueller told the extras.

“We’ll be asking you to do different things at different times,” Mueller said.

The locals were also told they could be there three or four hours. Nobody seemed to mind.

“Small towns in America have something important to say to the rest of the country, and in this small independent film we aim to help tell a story about returning war veterans and children struggling to survive in a country that needs to pay more attention to what is really important,” screenwriter Salt said on the film’s Facebook page.

“We are grateful to the people of Bakersfield for opening their hearts to us and helping us to tell this story with their kind and generous support.”

“When people ask why I named my screenplay ‘Oildale,’ I tell them the reason is simple,” Salt said. “Oildale is where the late, great Merle Haggard was born and where this story takes place.”

Article provided with permission By STEVEN MAYER and Bakersfield.com 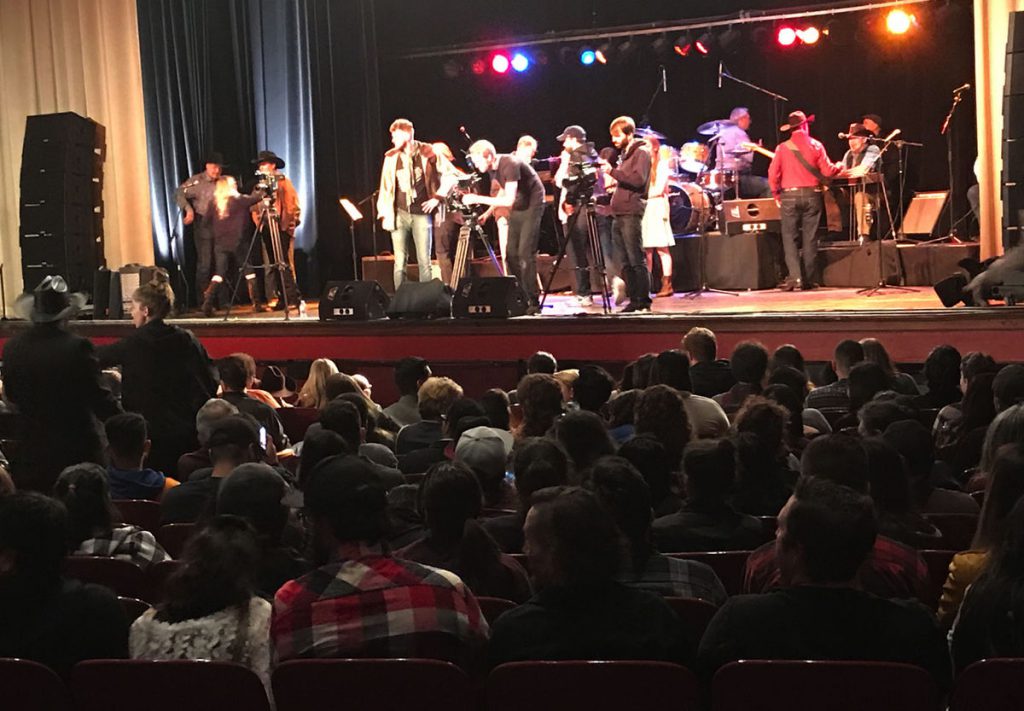 Michael is a singer/songwriter, producer, director, engineer and owner of Nashville.com. Michael has been in the music and film industry for 40 years and learned songwriting from Tin Pan Alley great Lou Stallman.
Previous The Music of Prince CANCELLED on January 24, 2018 and The Music of Michael Jackson Announced for March 27, 2018
Next LADY ANTEBELLUM AND DARIUS RUCKER SET FOR 2018 TOUR