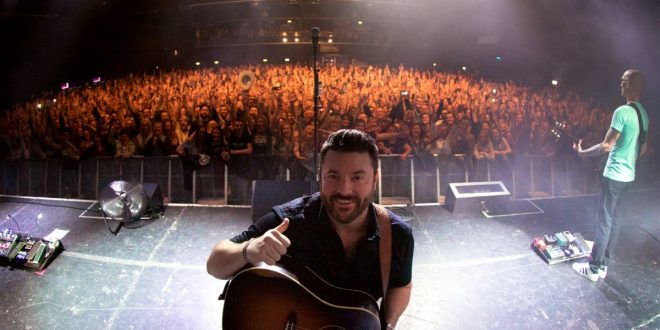 “Raised On Country World Tour 2019,” Chris Young’s follow-up to 2018 “Losing Sleep Tour,” kicked off last night with a sold-out show in Manchester, England as the capacity crowd at times overpowered the PA to bring the show to a sing along. “The Manchester crowd definitely came to party, the audience was unbelievable last night,” said Young. The multi-platinum entertainer’s first-ever headlining play in Manchester marks the RCA Records Nashville artist’s fourth UK tour in six years.

“Raised On Country,” the tour’s namesake and lead single, ascends to #18 Mediabase / #19 Billboard and climbing this week ahead of the U.S. tour launch next week. For a complete list of tour dates, including additional Chris Young concert stops for 2019, VIP package details and to purchase tickets, CLICK HERE!

Music editor for Nashville.com. Jerry Holthouse is a content writer, songwriter and a graphic designer. He owns and runs Holthouse Creative, a full service creative agency. He is an avid outdoorsman and a lover of everything music. You can contact him at JerryHolthouse@Nashville.com
Previous Don McLean To Receive George And Ira Gershwin Award
Next Tanya Tucker Signs With Fantasy records