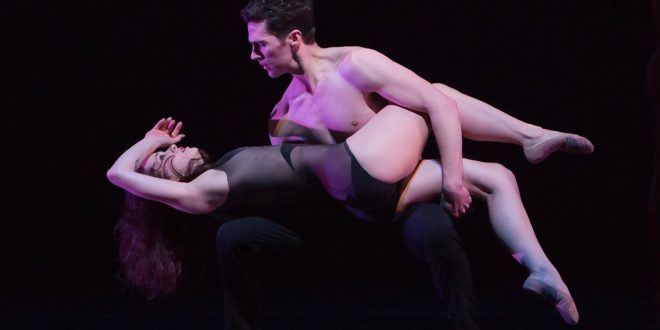 To celebrate the legacy of Johnny Cash, musical guests will share the stage with Nashville Ballet dancers who will perform excerpts of Under the Lights, a contemporary ballet choreographed by Christopher Stuart. Cash was also the collaborative partner behind Nashville Ballet’s production of this work, which debuted in 2014 and features some of Johnny Cash’s most iconic songs. Cash was no stranger to dance when Nashville Ballet approached him in 2013 to create a ballet set to his father’s music. He grew up attending ballet performances around the world with his mother while his father toured. Cash said, “My mother always had a great respect for the art of ballet. I recall first attending the ballet as a boy while on tour in London. I am grateful and honored to be a part of the Nashville Ballet’s endeavors.”

The gala performance celebrates the Cash legacy just weeks before Johnny Cash Forever Words the Music is released by Sony Legacy on April 6. The album is based off the 2016 book Forever Words: The Unknown Poems, a collection of his previously unpublished lyrics and poems. John Carter Cash offered those the poems to contemporary musicians to complete and record. Featured musicians span across genres and include Kacey Musgraves, Chris Cornell and Brad Paisley.

Recognizing his artistic collaboration and entrusting Nashville Ballet to bring the “Johnny Cash ballet” to life, Cash will receive the third annual Synergy Award from Nashville Ballet, which honors musical artists who enable and promote the creative partnership between music and dance.

Tickets for Ballet Ball are by invitation only, but the general public is invited to purchase tickets to the Ballet Ball Late Party, which features cocktails, hors d’oeuvres and a seat at the gala performance. Late Party Co-Chairs Leigh and Brewer Adams, Rachel and JJ Ailor, Rachel and Justin Albright and Grace and Bradley French, have programmed an evening of dancing to the tunes of Bizz & Everyday People, who were recently named Indie R&B Group/Artist of the Year at the 2nd Annual Indie Ville TV Awards. Late Party tickets are $175.00 per person.

For more information about Ballet Ball or to purchase tickets to the Late Party, please visit Nashville Ballet’s website.

About John Carter Cash
John Carter Cash has been involved in music all his life. He is an accomplished and award-winning record producer, singer-songwriter and author. He is the only child from the marriage of Johnny Cash and June Carter Cash, and he carries on the family tradition of creativity and music. In 1999, he was co-producer for his mother’s album Press On, which went on to win the Grammy for Best Traditional Folk Album. He continued his studio work with his father, serving as Associate Producer under Rick Rubin for the Grammy- winning American Recordings series, including American III: Solitary Man and American IV: The Man Comes Around.

His extensive career in producing inspired music includes his mother’s album Wildwood Flower, Unbroken Circle: The Musical Heritage of the Carter Family (various artists), Marty Stuart’s Badlands, Joe Shaver’s Everybody’s Brother, and Loretta Lynn’s Full Circle. In all, John Carter Cash has received 5five Grammy Awards as producer, with a total of 12 nominations. He has produced hundreds of recordings for dozens of artists within the past twenty years, including Chris Cornell, Jamey Johnson, George Jones, Jewel, Brooks & Dunn, Elvis Costello, Vince Gill, Sheryl Crow, and Alison Krauss and Union Station. As he produces and listens to numerous genres of music, his own musical recordings and compositions are naturally across the board. Universal Music Group released John Carter Cash’s Bitter Harvest in 2003.   His 2010 album The Family Secret received many accolades, including a three-starred review in Rolling Stone. His upcoming album, We Must Believe in Magic, will be available in the spring of 2018.