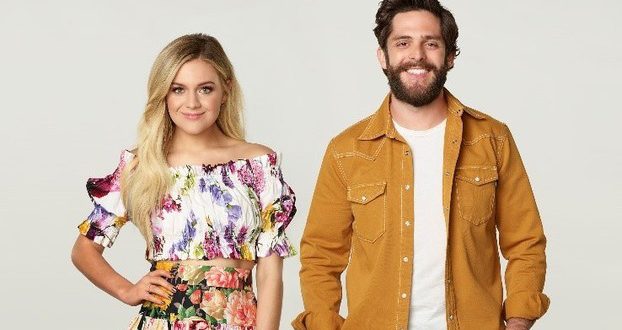 “This year’s CMA Fest offers something for every music fan,” says Sarah Trahern, CMA Chief Executive Officer. “From surprise collaborations to some of Country Music’s most exciting emerging and legendary talent, we’re excited to bring the festival to millions of fans around the world later this summer.”

“‘CMA Fest’ is always the summer’s must-see music event with the biggest names in Country Music,” says Rob Mills, ABC Entertainment Senior Vice President, Alternative Series, Specials & Late-Night Programming. “With Thomas Rhett and Kelsea Ballerini returning for their third year and Bobby Bones joining them as special guest host, we know this summer’s festival will knock it out of the park.”

Thomas Rhett returns to host “CMA Fest” for a fourth year, first co-hosting the special in 2016, while Ballerini returns for a third year. Ballerini takes the Nissan Stadium stage to perform this Thursday, June 6, while Thomas Rhett performs Friday, June 7.

Music editor for Nashville.com. Jerry Holthouse is a content writer, songwriter and a graphic designer. He owns and runs Holthouse Creative, a full service creative agency. He is an avid outdoorsman and a lover of everything music. You can contact him at JerryHolthouse@Nashville.com
Previous Ty Herndon Re-Records “What Mattered Most” For Pride Month
Next Tanya Tucker’s “While I’m Livin’” Drops August 23