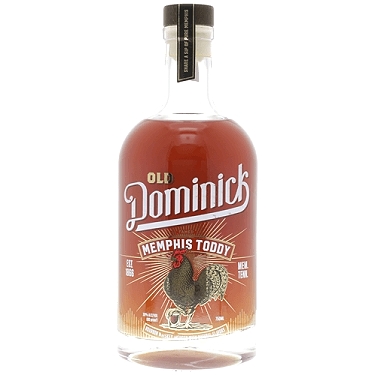 In 2013, Chris and Alex found an unopened bottle of Domenico’s Dominick Toddy. Originally from the 1880s, it wasn’t the first spirit he made, but it was his favorite. It’s easy to be inspired when you find a 140-year-old bottle of liquor. So they revitalized the brand and opened Old Dominick Distillery. They added Alex Castle to their family operation. The first female Head Distiller in Tennessee, she now serves as their Master Distiller.

Each award-winning bottle from Old Dominick Distillery celebrates the heritage of Domenico Canale. From their Huling Station Bourbon Whiskey named for the warehouse where D. Canale & Co. was started, to their reinvigoration of the Dominick Toddy. Made from the same recipe, it’s now known as Old Dominick Memphis Toddy. And every sip is a taste of the Canale family legacy.